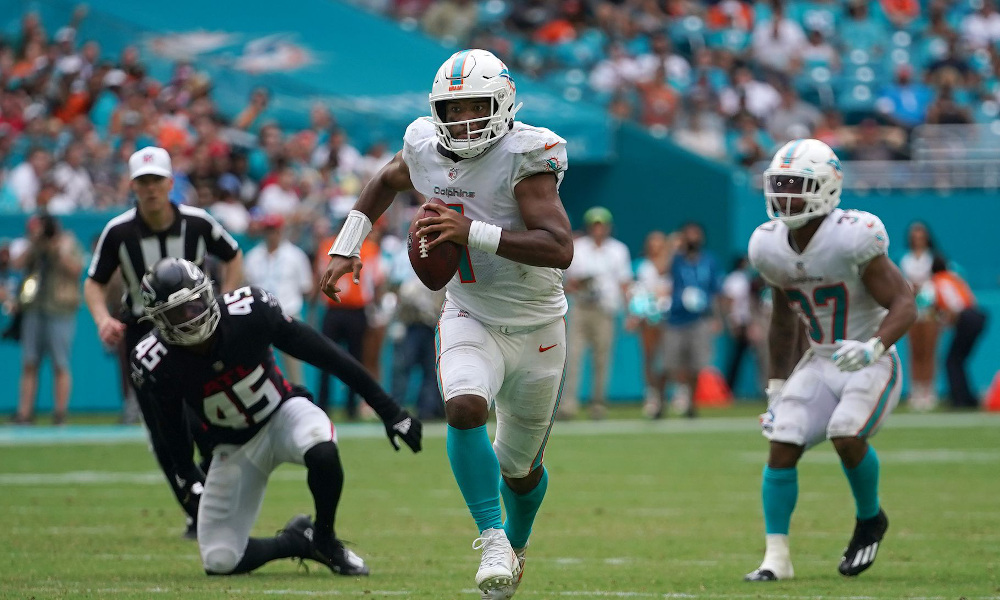 Tua Tagovailoa is out to prove he is one of the best young quarterbacks in the National Football League, and Tyreek Hill wants to show sports media pundits he made the right decision by joining the Miami Dolphins.

Hill believes in Tagovailoa and feels things are set up for him to have success in his third pro season.

Tagovailoa and Hill are growing in chemistry with each other.

Since Hill’s arrival on March 23, both players have gotten work in together after each practice. A video surfaced to Twitter from Hill’s Instagram of Tagovailoa working an outside post route to the electric wide receiver.

Tagovailoa gives a play action move in a bucket hat, steps up in the pocket, and delivered a strike to Hill. He was known for his accuracy in the Elite 11 and at the University of Alabama. Tagovailoa is prepared to show everyone he is the complete package at quarterback. Hill has supported Tagovailoa’s arm talent on social media and in his podcast, “It Needed To Be Said.” Both guys are gaining more understanding of each other’s style and personality.

It is going to be fun to watch this duo achieve much success.