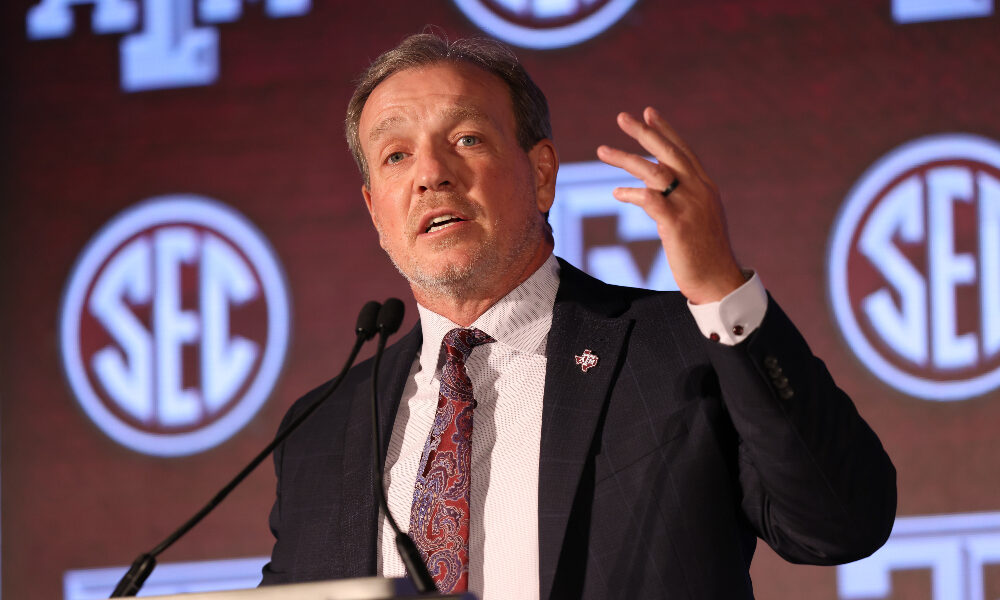 Was Nick Saban right about his comments about Texas A&M buying its 2022 recruiting class?

He got ripped by national media, coaches (including Jimbo Fisher), and reprimanded by SEC Commissioner Greg Sankey for his comments on May 18. A video surfaced on Twitter from Ewers Barber on a Texas A&M coach supposedly using NIL to buy recruits.

Correct me if I’m wrong, but I thought you weren’t suppose to talk about money on these recruiting trips?

“NiL hAd nOtHiNg tO dO WiTh iT”#GigEm #CFB @NCAA pic.twitter.com/bsSpAoRIOX

In the video, he says “at the top, y’all getting a lot of money from the people in these suites if you decide to play here.”

Coach Fisher called Saban a “narcissist” and his comments “despicable” on May 19 in a press conference.

RELATED: Can Alabama’s Eli Ricks become the top cornerback for the 2023 NFL Draft?

He also told reporters to look into Saban’s past. Fisher wants to move on from the situation, but this video from one of his members is going to make it hard to move on. SEC Football Media Days are from July 18-21 in Atlanta, Ga.

Texas A&M speaks on Thursday, and all eyes will be on Fisher. It will be interesting to hear what he says after seeing the video.