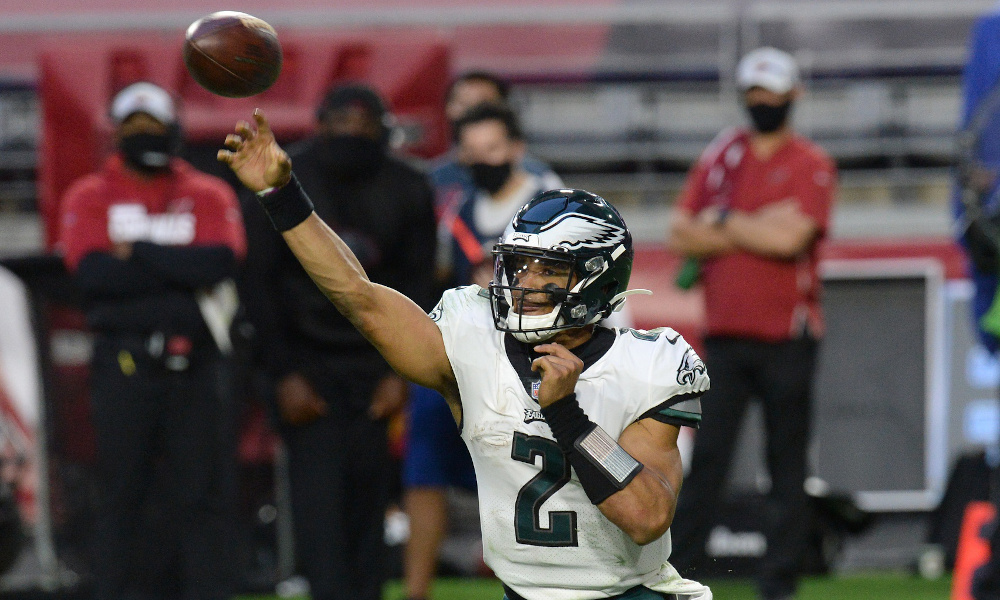 Eagles quarterback Jalen Hurts had a heartwarming interaction with two young fans during an event this past week.

Once the pair of kids found Hurts, they raced over to get a picture with their favorite quarterback who was more than willing to participate.

Jalen Hurts helping create a memory that will last a lifetime 🙌

Since arriving in Philadelphia, Hurts has participated in several charity events such as DeVonta Smith’s celebrity softball game and most recently worked with PepsiCo and FoodChasers Kitchen who work to aide Black restauranteurs.

Thanks @pepsidigin for allowing me to experience an amazing Black-owned restaurant in the Philly area! @PepsiCo is committed to help set Black restauranteurs up for success. Congrats to @FoodchasersK for their $10k grant. Philly, go show the ladies of Foodchasers some love! pic.twitter.com/BvL2N6k5Ot