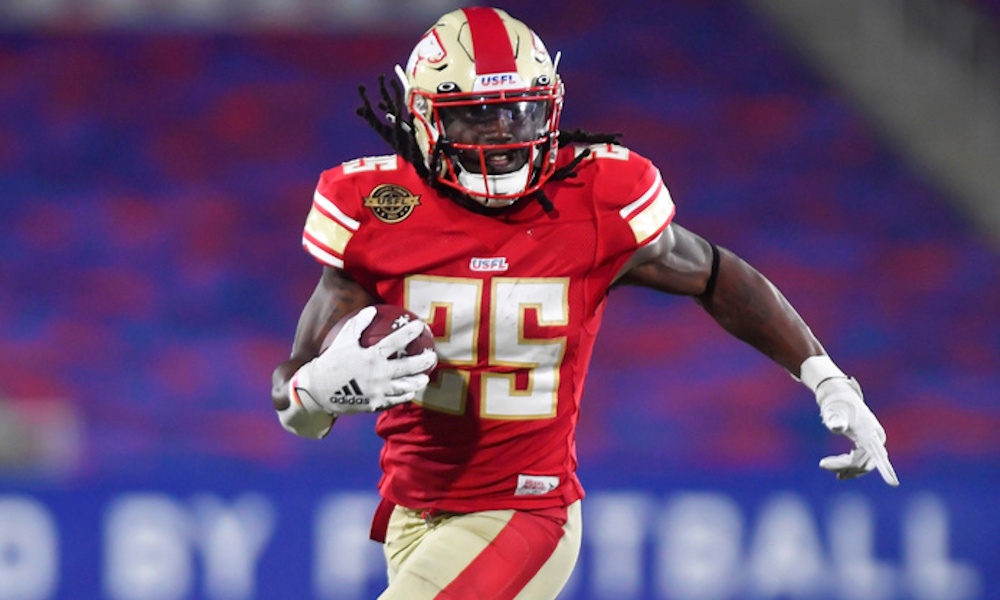 Bo Scarbrough may return to the National Football League someday, but he is forever an icon in the state of Alabama.

On Thursday, he had residents of Birmingham finally able to exhale with joy. The city has a championship in pro sports as the Birmingham Stallions defeated the Philadelphia Stars in the United States Football League Championship Game in Canton, Ohio.

Scarbrough joined the team on May 9 and became a marquee impactful player. He posted two 100-yard rushing performances during the regular season, but he saved his best for the biggest moment. Scarbrough pounded the Stars’ defensive front like he did versus the competition he had at Alabama. He rushed for a season-high 135 yards on 13 carries, including a 36-yard touchdown late in the first quarter. Scarbrough also displayed his speed on a 70-yard run as he averaged 10.4 yards per attempt in the game.

THE FIRST TOUCHDOWN OF THE CHAMPIONSHIP GAME BELONGS TO BO 🐎‼️@starbo06

If not for an injury against Clemson in the 2017 CFP National Championship Game, he would have delivered the Crimson Tide a national title. He ran with the same purpose in Sunday’s matchup that he did versus the Tigers. Scarbrough propelled the Stallions to a 33-30 victory in the inaugural USFL Championship Game. He has endured a lot in life, but Scarbrough has been an encouragement to children, his peers, and Alabama football fans for his commitment. He has Southeastern Conference title rings from 2015 and 2016, national championship rings from 2015 and 2017, and now a USFL Championship ring joins his hand.

The NFL was not patient at first, but its loss allowed Scarbrough to be a champion in the USFL.