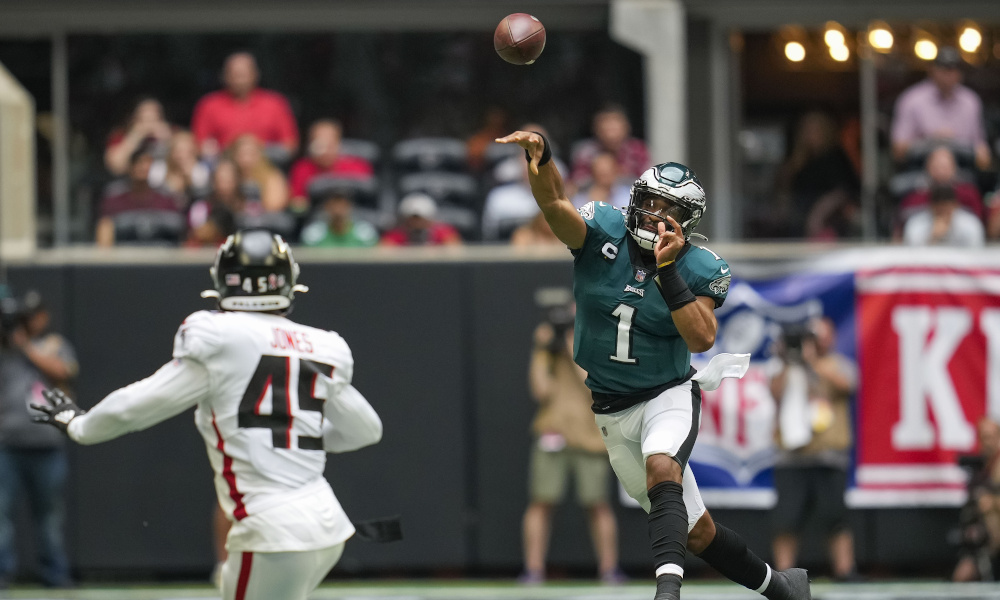 According to the latest odds released by DraftKings Eagles quarterback Jalen Hurts has the best MVP odds of the three Alabama quarterbacks in the NFL.

Hurts’ odds currently sit at +2000 which is tied for tenth in the entire league with Ravens quarterback Lamar Jackson and Cardinals quarterback Kyler Murray.

Dolphins quarterback Tua Tagovailoa has the second-best odds of the former Crimson Tide quarterbacks at +5000 to win the league’s top individual prize with Patriots quarterback Mac Jones coming in just behind Tagovailoa with odds of +6000.

When comparing all three, Hurts is head and shoulders above the other two as he is best positioned to make a run in the MVP race.

Hurts’ increased odds are likely due to the improvement of his supporting cast as the Eagles acquired Tennessee Titans wide receiver, AJ Brown, in a trade during this year’s draft. Brown accompanies an offense that also includes fellow receiver and 2021 first-round pick DeVonta Smith, tight end Dallas Goedert and running back Miles Sanders.

Alabama has seen two former quarterbacks win NFL MVP with the first being Bart Starr who won the award with the Green Packers back in 1966 followed by Kenny Stabler in 1974 with the Oakland Raiders being the last quarterback to win. The Crimson Tide’s most recent league MVP was awarded to running back Shaun Alexander in 2005 while playing for the Seattle Seahawks.