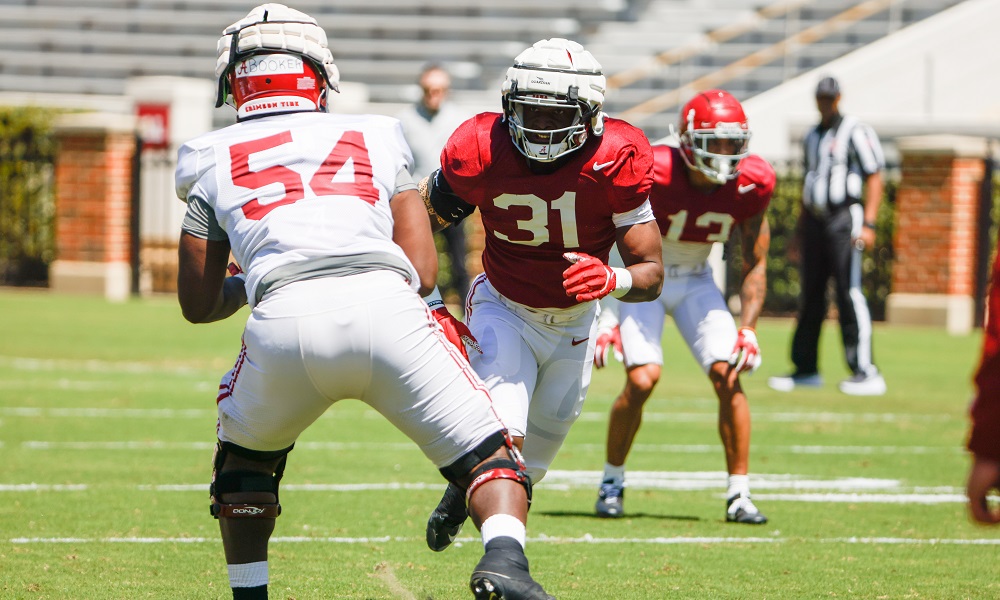 He took to the podium with a lot of emotion last year because Alabama’s defense struggled to find consistency.

As a sophomore, Will Anderson exploded as a star at outside linebacker and vowed to Crimson Tide fans that the defense would be fast and physical. His words took root late in 2021, and he became a permanent team captain, SEC Defensive Player of the Year, Bronko Nagurski Award recipient, Unanimous First-Team All-American, and Heisman Trophy finalist. He fell short of winning a College Football Playoff National Championship, but Anderson knows why it happened. Alabama had most players interested in team goals, but a few had ambitions for themselves, and the locker room was not together. Anderson looks at a participation trophy as a runner-up in the CFP in the cafeteria, and he did not smile during the team photo for media day.

This was Will Anderson’s pose for the Alabama team picture.

He may go for 50 sacks this season 🥶 pic.twitter.com/ZzCbQqhJQb

He took on several questions, but the one concerning Alabama’s team chemistry excited him the most. Anderson loves where the mindset of this team is now. As the Tide is in its first week of preseason camp, the former five-star said everyone is ‘locked in.’

Anderson said the young players and those with experience have been listening to the leadership council.

Alabama’s leadership group has Anderson, Bryce Young, DJ Dale, Henry To’oto’o, and Jordan Battle.  All five are positive players that lead by example and speak when necessary. Anderson is the most vocal, but Dale, To’oto’o, Young, and Battle have stepped up.

Last year, a few guys complained on social media about not getting the playing time they thought they deserved. Some did not put in the effort needed to make the 2021 team better, and they decided to transfer elsewhere. A pure focus lies with this group to return to the CFP and finish as national champions.