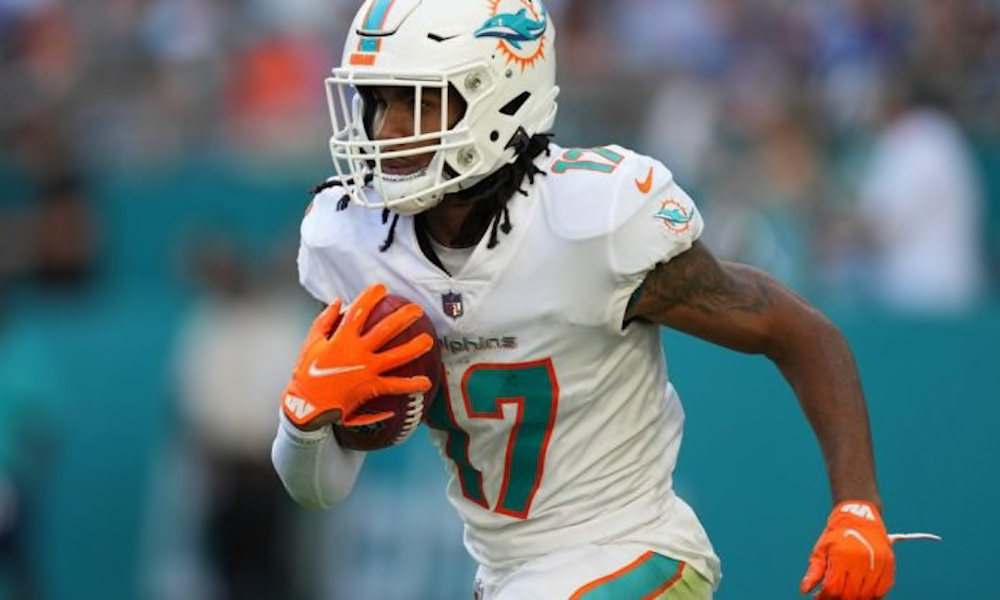 Jaylen Waddle was impactful for Alabama football, and now he is a star in the pros.

He got selected at No. 6 overall in the 2021 NFL Draft by the Miami Dolphins.

As a rookie, he set the National Football League’s single-season record for catches.

Waddle totaled 104 receptions, placing him eighth in the league for receivers. The native Texan had 1,015 yards and six touchdowns.

He is one of the core pieces on a Dolphins team that is poised to make the playoffs in the fall.

Waddle has been excellent in training camp, and head coach Mike McDaniel has big plans for him in the offense. The players in the National Football League think highly of Waddle as he debuted on the NFL’s Top 100 for 2022 at No. 63. He joins Mac Jones (No. 85) and Jonathan Allen (No. 88) as the third Crimson Tide alum to make the list. Waddle helped the Tide to an undefeated College Football Playoff National Championship in 2020.

Jaylen Waddle (@D1__JW) wasted no time making an impact for the @MiamiDolphins and that landed him at 63 on the #NFLTop100! pic.twitter.com/y1b12AWlwi

He is ready to do more damage to defensive backs in his second NFL season.