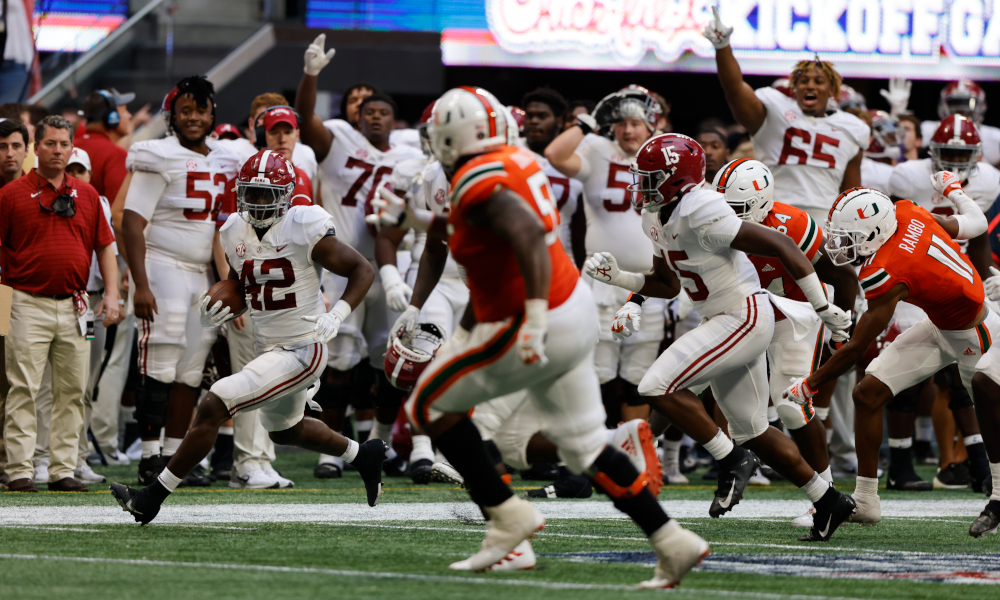 Alabama’s coaching staff builds knowledge and confidence in each position.

The inside linebacker room will be pivotal to the defense playing at an elite level.

RELATED: Jermaine Burton explains why he chose Alabama as his transfer school: ‘I want to win with this team.’

Coach Nick Saban is excited to have senior Henry To’oto’o back as the captain. He had a slow start to his first season in Tuscaloosa, but he finished as the team leader for total tackles (113). To’oto’o put in 8.5 tackles for loss, four sacks, two quarterback hurries, two pass breakups, and a forced fumble. He is more comfortable running the defense at middle “Mike” linebacker and making plays himself.

The 6-foot-2, 228-pounder has also worked on his pass rush moves for more sacks.

Alabama is confident in To’oto’o, but are we finding out who will play next to him?

Saban highlighted Jaylen Moody after the first scrimmage of fall camp. The senior from South Carolina is in his fifth year with the team.

Pete Golding wants Moody to always be consistent, but the former three-star seems to have it together. He has stepped up in moments when chances came.

“Jaylen Moody has done a really good job at that position,” Saban said about inside linebackers next to To’oto’o.

Moody earned his first career interception in 2021 and posted 11 tackles.

He filled in admirably for an injured Christian Harris in 2020 against Arkansas, collecting seven tackles, a forced fumble, and a fumble recovery. Moody is a thumper, but the veteran is trying to hold off young players gunning for the role. Names such as Deontae Lawson, Ian Jackson, Kendrick Blackshire, Demouy Kennedy, Jihaad Campbell, and Shawn Murphy want to play.

RELATED: Alabama’s defense is ‘not shying away from expectations’ this season, per DeMarcco Hellams

Golding mentioned Lawson, Jackson, and Campbell as players that are pushing. Saban likes the young players, but he wants to see which guys will develop the fastest.

Alabama is not disappointed in its young players trying to learn, but Saban understands it’s a process to take in everything that comes with a defense at inside linebacker. Moody’s decision to withdraw his name from the transfer portal in the offseason and return to Tuscaloosa for his fifth year was huge. The Tide has a veteran guy that knows the system next to To’oto’o, and Moody is eager to have a sustained impact. It will be intriguing to see which young player emerges as weakside “Will” linebacker, but Moody looks to be the starter.

Alabama has depth at every position on defense, and that is crucial for the fall.