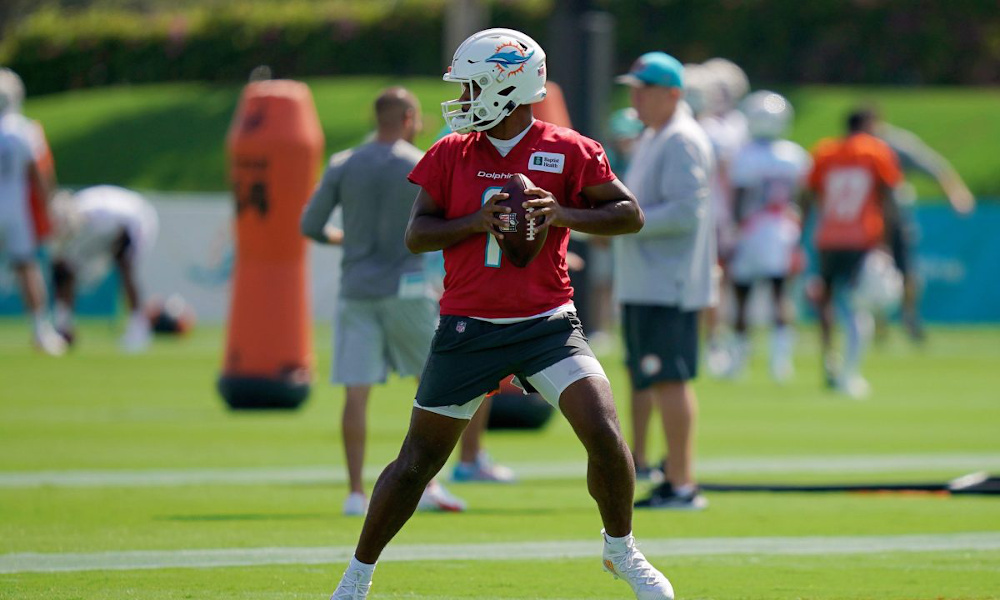 Tua Tagovailoa has done a lot to prepare himself for his third season with the Miami Dolphins.

Training camp has fared well for him, despite tossing interceptions in Wednesday’s practice.

Mike McDaniel, Dolphins’ head coach, has Tagovailoa confident for the fall. The native Hawaiian has also grown more into his personality. He got an opportunity to meet YouTube sensation, Jake Paul at an event. Miami allowed Paul to attend a camp session, and Tagovailoa threw passes to him. He has wide receiver moves, but Paul could not grab passes from Tagovailoa.

He is more of a boxer and social media personality than a football player, but Paul had fun.

Beat reporters for the Dolphins captured the moment for Twitter.

Should’ve been a surefire 30-yard TD for Tua

Coach McDaniel and Miami see this season as a special one for Tagovailoa.