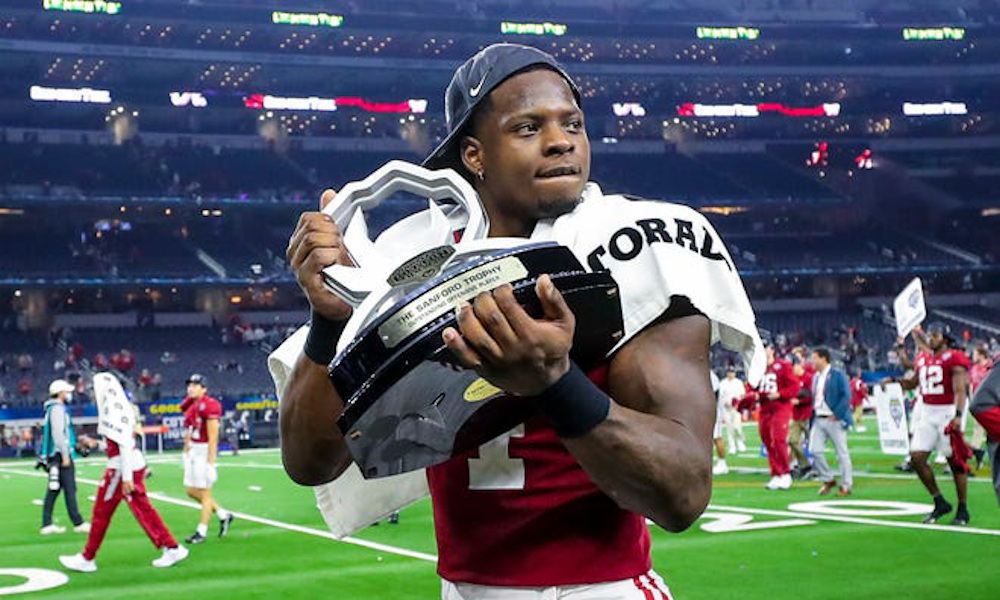 Alabama football fans are in prayer for Brian Robinson Jr.

According to beat reporters for the Washington Commanders, Robinson was a victim of a shooting that involved an attempted robbery. He was shot multiple times, but Robinson did not sustain any life-threatening injuries. Several current and former Crimson Tide players expressed their concerns on Twitter. Ron Rivera, head coach of the Commanders, released a statement on Robinson’s progress. He gave an encouraging update on the rookie as Robinson turned in a great training camp performance.

I just got done visiting w/Brian. He is in good spirits and wanted me to thank everyone for their kind words, prayers & support. He wants his teammates to know he appreciates them all for reaching out and he loves them all & will be back soon doing what he does best.

The Tuscaloosa native was pushing Antonio Gibson for the starting job before the incident.