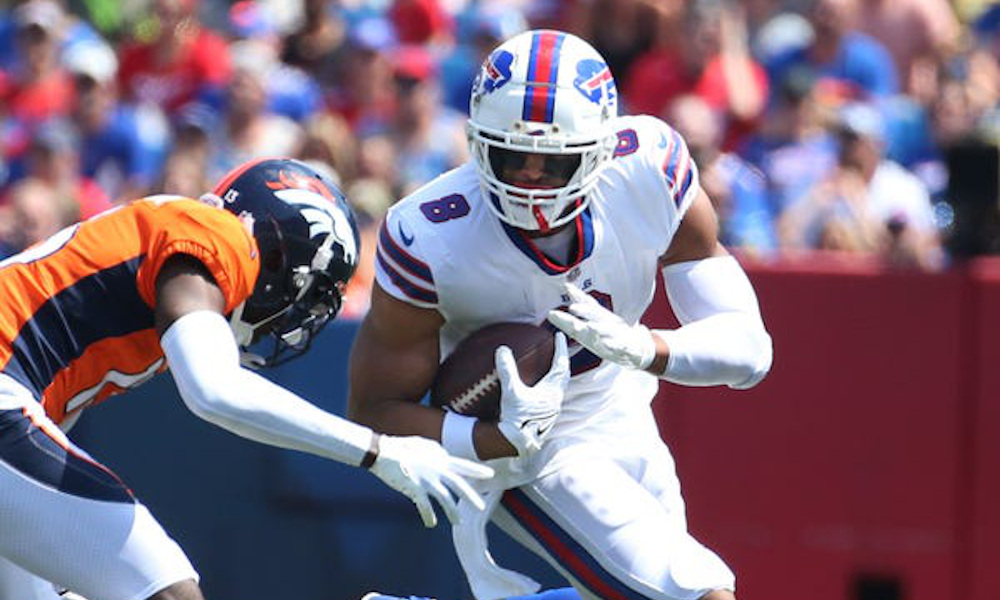 It came as a shock to people to see the Buffalo Bills release O.J. Howard after having him for five months.

As a former Alabama tight end, Howard got selected at No. 19 overall in the 2017 NFL Draft. He played 59 career games — including 46 starts — across five seasons for the Tampa Bay Buccaneers. The 2015 College Football Playoff National Champion caught 119 passes for 1,737 yards and 15 touchdowns. Howard had a career-high six touchdowns as a rookie in 2017.

He suffered a torn Achilles in 2020, limiting him to four games. Howard still captured a Super Bowl ring that year for the Buccaneers and played in a career-high 17 games in 2021. He signed a one-year contract with the Bills on March 26 as a free agent, but Howard may have a new NFL home. Ian Rapoport of NFL Network said the talented tight end is visiting the Cincinnati Bengals. Howard expects to sign with the AFC North team if everything goes well.

That was fast: The #Bengals are hosting FA TE OJ Howard on a visit today and assuming all goes well with the physical, he’s expected to sign, source said. The former first-rounder was a surprising cut yesterday and this should come together today.

He came to the University of Alabama as a five-star in the 2013 class.