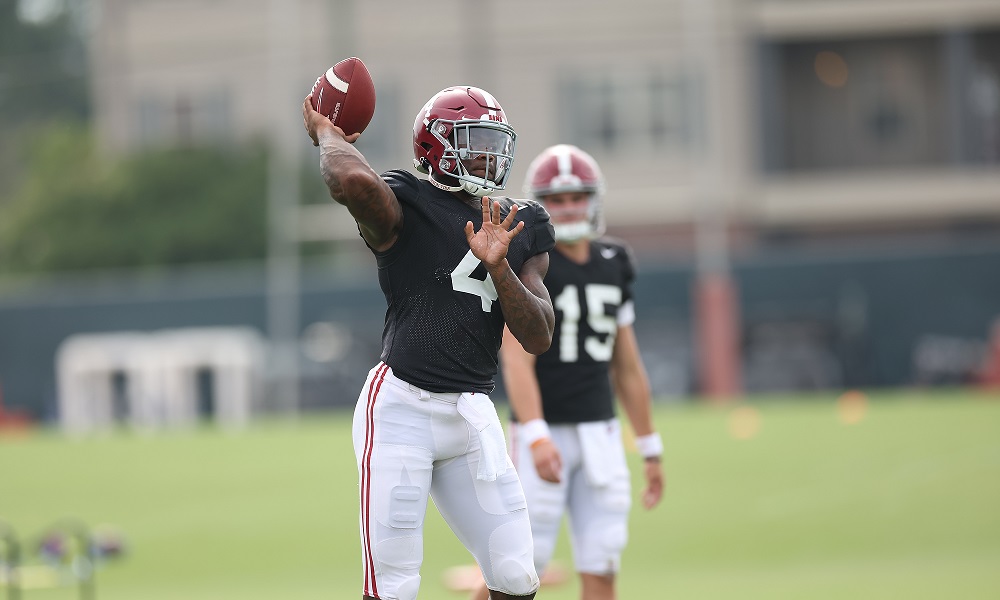 Alabama is facing a different Vanderbilt team to open its Southeastern Conference schedule.

The Commodores are 3-1 and averaging 42 points per game.

Clark Lea, a Vanderbilt alum, is changing the culture of the program in his second year as head coach.

Alabama is hosting the Commodores on Saturday at Bryant-Denny Stadium in Tuscaloosa, Ala. Vanderbilt has two dual-threat quarterbacks in Mike Wright (junior) and AJ Swann (freshman). Wright got benched in the Commodores’ loss to Wake Forest, but he has 10 total touchdowns — including four rushing scores. He is averaging 8.3 yards per carry and 88 yards per game as a runner. Swann has six touchdown passes and no interceptions. He is completing 63 percent of his passes (29 of 46) for 452 yards.

Alabama has had trouble in the past with containing athletic quarterbacks, but Coach Nick Saban started recruiting some to the Crimson Tide and it’s helped the defense. Jalen Milroe, a sophomore from Katy, Texas, is prepping the Tide for Wright and Swann in practice. He came to Alabama as a dynamic, four-star in the 2021 signing class. Milroe is a gifted athlete with size, strength, and speed. He possesses a strong arm and carries accuracy, but is still developing as a mature passer.

It is hard to simulate dual-threat quarterbacks in practice, but Saban said Thursday on his radio show that Milroe is doing well.

“I think that we have a lot of practices because Jalen Milroe is one of those guys on our team,” Saban said about Alabama preparing to face a dual-threat quarterback. “If you don’t mirror him, spy him, do something, if you’ve got them all covered downfield, he’s gonna take off running.”

Tyler Steen, a transfer from Vanderbilt, said Wright is a very good athlete.

He told reporters Monday that Alabama’s defense will have a challenge containing him. Milroe is giving the Tide good looks on what it will see this weekend. Hopefully, he will have an opportunity to run the offense in the second half and score points.