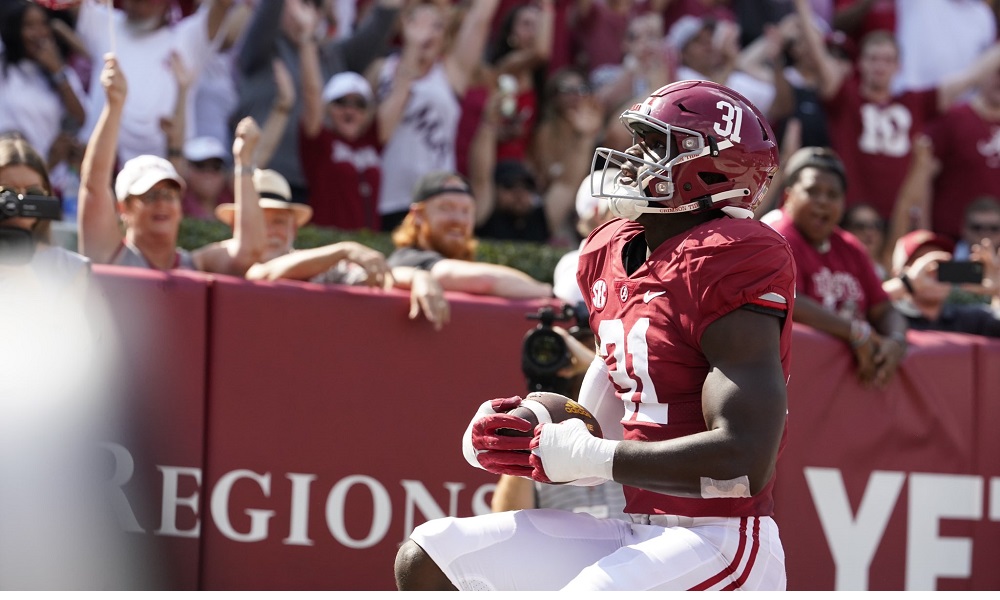 Will Anderson is arguably the most dominant defensive player in college football.

As the reigning Bronko Nagurski Award winner, the native Georgian is also one of 12 semifinalists for the Rotary Lombardi Award. The news came Tuesday from the Rotary Club of Houston. The Lombardi Award, named after NFL Hall of Famer Vince Lombardi, is presented annually to the college football offensive lineman or defensive lineman who shows outstanding performance and ability, and best exemplifies the character and discipline of Lombardi. Four finalists will be announced on Thursday, Nov. 17 while the winner will be announced live on Dec. 7 in Houston, Texas. Anderson has an opportunity to be the third Tide player to win the Lombardi Award, joining former standouts Jonathan Allen (2016) and Cornelius Bennett (1986).

The 6-foot-4, 243-pounder leads the Southeastern Conference and is tied for seventh nationally in tackles for loss (12).

Anderson has six sacks to go with 36 total tackles and leads Alabama with 10 quarterback hurries. He has a blocked field goal and an interception, which he returned for a touchdown. Anderson looks forward to leading the defense against LSU this weekend.