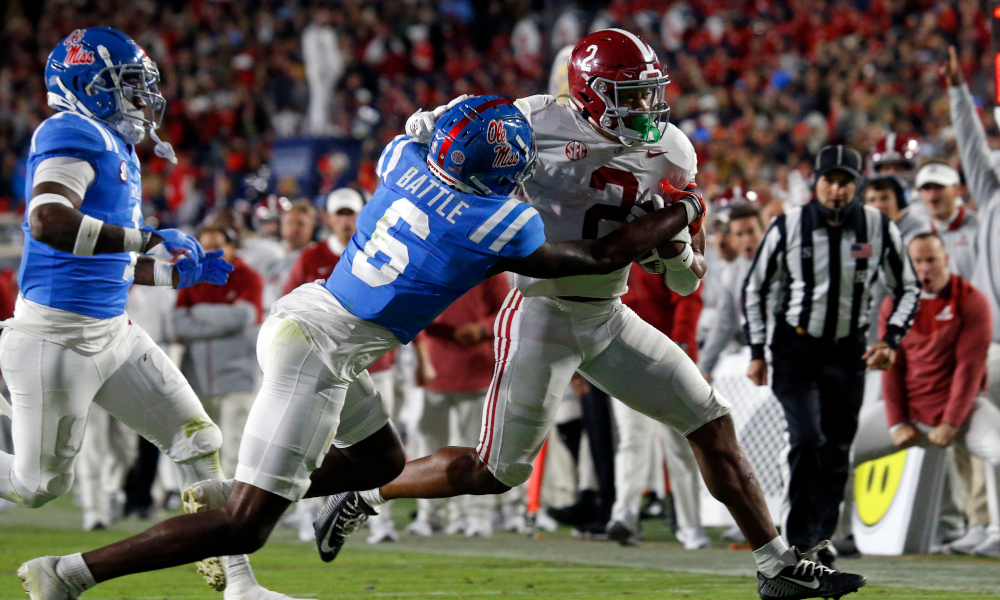 Jahmyr Gibbs has been Alabama’s most explosive playmaker as a running back, but did the Crimson Tide gain some toughness at the position during its victory over Mississippi?

Nick Saban was very pleased with Jase McClellan’s performance against the Rebels.

He sparked Alabama’s competitive energy with strong runs in the second half. The junior from Texas replaced Gibbs, who suffered from a twisted ankle, and he ignited a fire from the offensive line to block for him. McClellan broke arm tackles, bounced off defenders, hit holes with aggression, and ran the ball with determination. He took the fight to Mississippi’s defensive front, finishing runs with physicality. As a former four-star in the 2020 class, McClellan led the Tide in rushing with 84 yards on 19 carries. He averaged nearly five yards per rush attempt (4.4), including a long run of 12 yards. The 5-foot-11, 212-pounder enjoyed the most carries he’s had this year since the Vanderbilt game. McClellan had 11 carries with one score versus the Commodores.

Coach Saban spoke about McClellan’s physicality on his runs after the game.

“The run he made on second and 12 in the second half, he made that on grit and determination,” Saban said. “He ran hard in the game and played physical. He’s played well for us all year. Jahmyr has really played well too, but Jase stepped up tonight and took advantage of it.”

McClellan has 413 yards rushing and three touchdowns on 76 carries.

He showed Bill O’Brien when he gets more opportunities he is a weapon. Hopefully, the Tide will go to McClellan more.