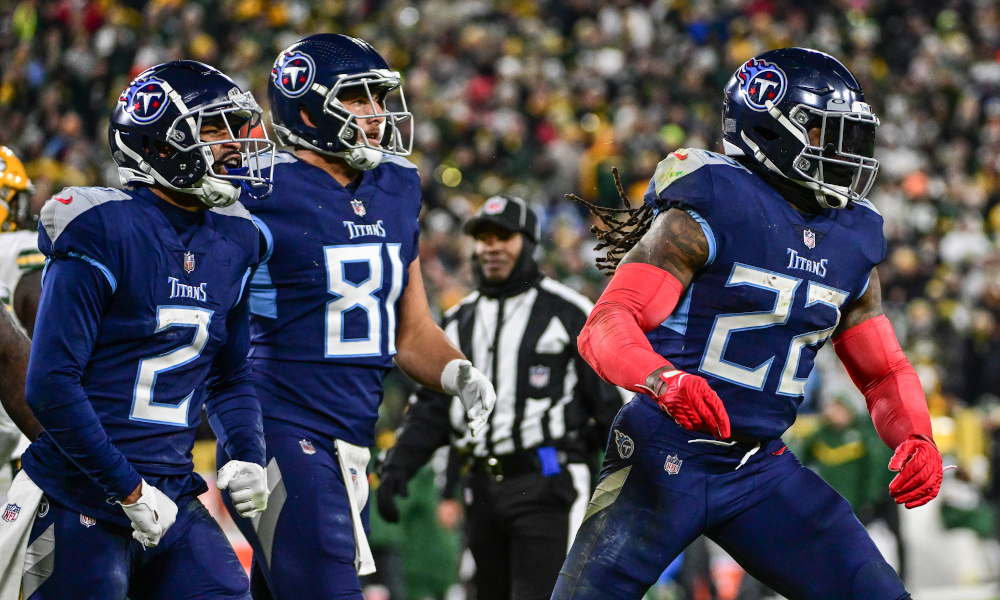 Derrick Henry does everything for the Tennessee Titans, including playing quarterback.

He propelled Tennessee to a 27-17 victory on Thursday night over the Green Bay Packers. As a former University of Alabama running back, Henry totaled 136 yards (87 rushing, 45 receiving, and four passing) and two touchdowns. He tossed his first career touchdown pass in the third quarter on a 3-yard play to tight end Austin Hooper. Henry has the Titans in first place at 7-3 in the AFC South, and he also recorded his fourth rushing milestone. The 6-foot-3, 247-pounder is a 1,000-yard back once again.

El Tractorcito plows his way into the end zone 🚜

After missing time because of a foot injury in 2021, Henry returned with 1,010 rushing yards and 10 touchdowns on 230 carries.

He leads the National Football League for carries and yards while being second for touchdowns. Henry is the Houston Oilers’/Titans all-time career leader for rushing scores. He is a two-time NFL rushing champion and one of eight backs in league history to record 2,000+ rushing yards in a single season. Henry has five 1,000-yard seasons from scrimmage in his career.