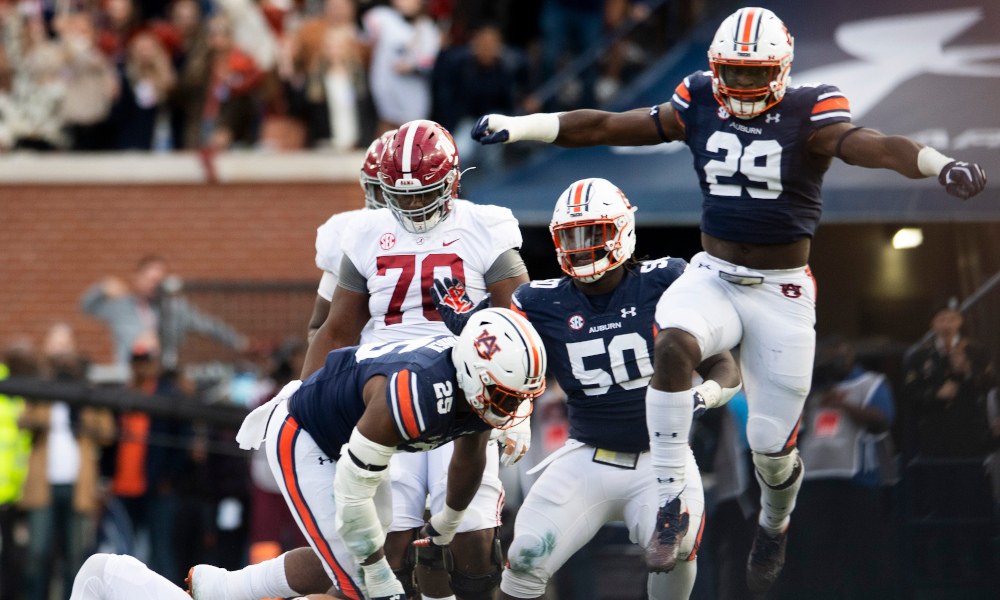 Bryce Young and Alabama’s offensive line remember the Iron Bowl as one of the toughest matchups from last season.

Young was uncomfortable throughout the game as Auburn consistently pressured him. The Crimson Tide’s offensive front could not protect its quarterback as Young got sacked seven times. He endured his worst completion percentage (49) of his career and could not get into a rhythm until the final drive of the game. Young connected with receiver Ja’Corey Brooks for a 28-yard game-tying touchdown in the fourth quarter; however, things were difficult before the 97-yard drive in 12 plays at Auburn, Ala.

Auburn’s defense is going all out for interim head coach, Carnell “Cadillac” Williams. They will play behind his energy, enthusiasm, passion, and intensity. A victory for the Tigers makes it bowl-eligible and ends Alabama’s regular season without 10 wins. Derick Hall, a senior edge rusher, dominated the Tide’s offensive line in 2021 for Auburn. He dropped Young for three sacks and totaled 3.5 tackles for loss. Hall has 11 tackles for loss and a team-high seven sacks. He also totals six quarterback hurries, two forced fumbles, and an interception. Colby Wooden, a junior defensive end, recorded a sack and a tackle for loss against the Tide last year. He leads the Tigers in tackles for loss (11.5) and quarterback pressures (10) for loss. Wooden has six sacks, three pass breakups, and three forced fumbles. Rain will be a factor in this game as the forecast predicts a 70% shower.

We will see how Young and Bill O’Brien go about the passing game, but weather conditions should open running back Jase McClellan and others to dominate. Jahmyr Gibbs is day-to-day with a twisted ankle, yet we will see how he looks in pregame.

Alabama’s offensive line has had good moments, but finishing needs to happen against Auburn.

The Tigers are coming in with nothing to lose, and the Tide’s front needs to match that drive.