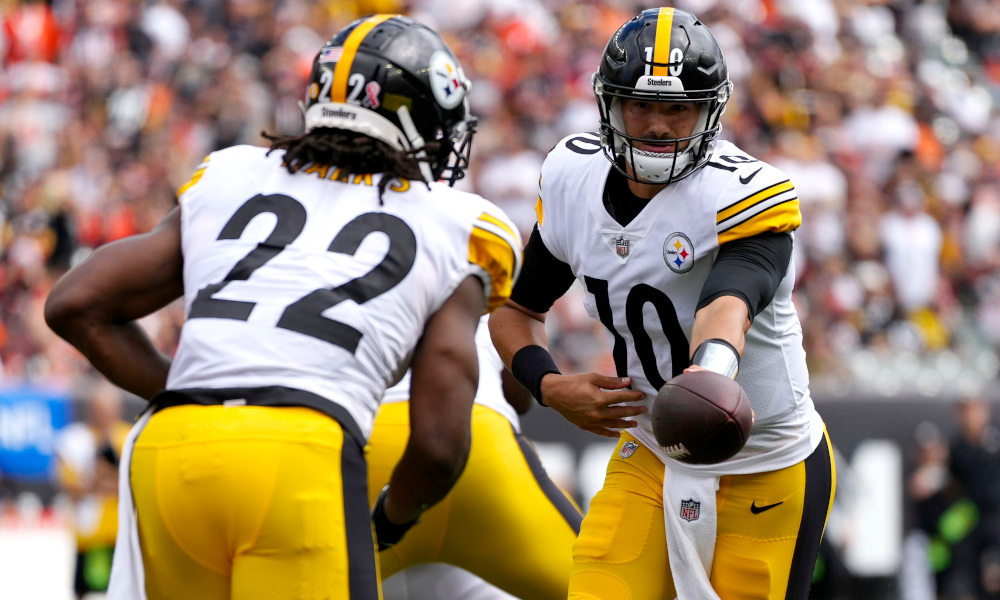 He is known for being brutally honest, but Najee Harris has a hilarious way of showing it.

The California native had some time for the Steelers media to have fun. He came to the University of Alabama in 2017 as a dynamic five-star running back. Harris played on two College Football Playoff National Championship teams (2017 and 2020) and ended his career as the best running back (statistically) in Crimson Tide history. He got selected in the first round of the 2021 NFL Draft by the Steelers and is having a good start to his career. Harris is teammates with George Pickens, a former Georgia wide receiver. An injury limited Pickens to only four games during the Bulldogs’ CFP National Championship run in 2021.

RELATED: Tua Tagovailoa asked himself “Do I suck?” multiple times last season due to fan base and former coaching staff criticism

In discussing the first-round picks for the Bulldogs, Harris decided to take a shot at Georgia’s national championship.

This was in response to teammate George Pickens lauding the immense defensive talent he faced from opposing UGA teammates.

“I’m going to talk a little s–t because Georgia’s staff came from Alabama,” Harris said. “Their whole stuff is from us. So obviously he got that stuff from us. They are just following the leader, and that’s how I see it. He [Pickens] got his weak a– natty, so Imma let him have that.”

Harris remains salted about his Alma mater suffering an 18-33 in the 2022 CFP National Championship matchup against Georgia; however, he makes a valid point. If the Tide does not suffer injuries to John Metchie in the SEC Championship and Jameson Williams in the CFP title game, it runs away from the Bulldogs. Williams shredded Georgia in the SEC title game.

Alabama is hoping to make the CFP this season. The new rankings come Tuesday night via ESPN.