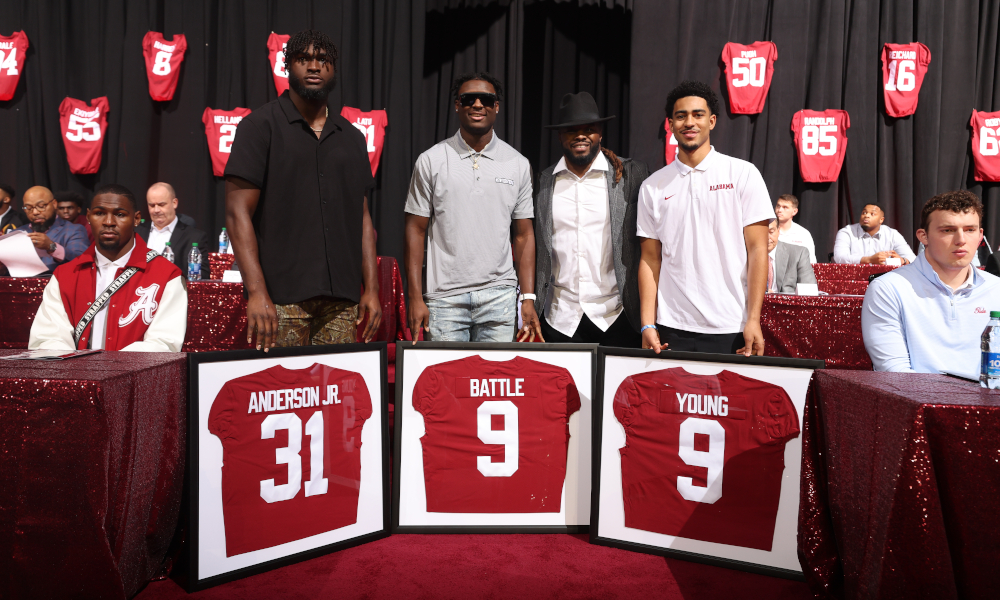 The University of Alabama football team held its annual awards banquet on Sunday at Coleman Coliseum.

Alabama will the 2022 season by playing Kansas State at 11:00 a.m. CT on New Year’s Eve in the Allstate Sugar Bowl.

It did not make the College Football Playoff, but the Crimson Tide will play in a New Year’s Six bowl.

Alabama named its three permanent team captains — voted on by the players — at the end of the banquet. Bryce Young (quarterback), Will Anderson Jr. (outside linebacker), and Jordan Battle (safety) received the honor. Young and Anderson have been great ambassadors for the Alabama program, and both are expected to be selected in the top five of next April’s NFL Draft.

The trio of Young, Anderson, and Battle helped the Tide to two Southeastern Conference Championships in 2020 and 2021, and a College Football Playoff National Championship in 2020. The complete list of awards from the banquet is below.

To the senior with the highest GPA

To a senior player whose character and contributions to the Alabama Football Team most personify the All-American youth of today and has reflected qualities of Integrity, Character, Importance of Academics, and Inspirational Leadership during their time at Alabama

A former player who has exemplified the principles, values, character, and attitude that make a person successful either during a particular life experience or over a period of time