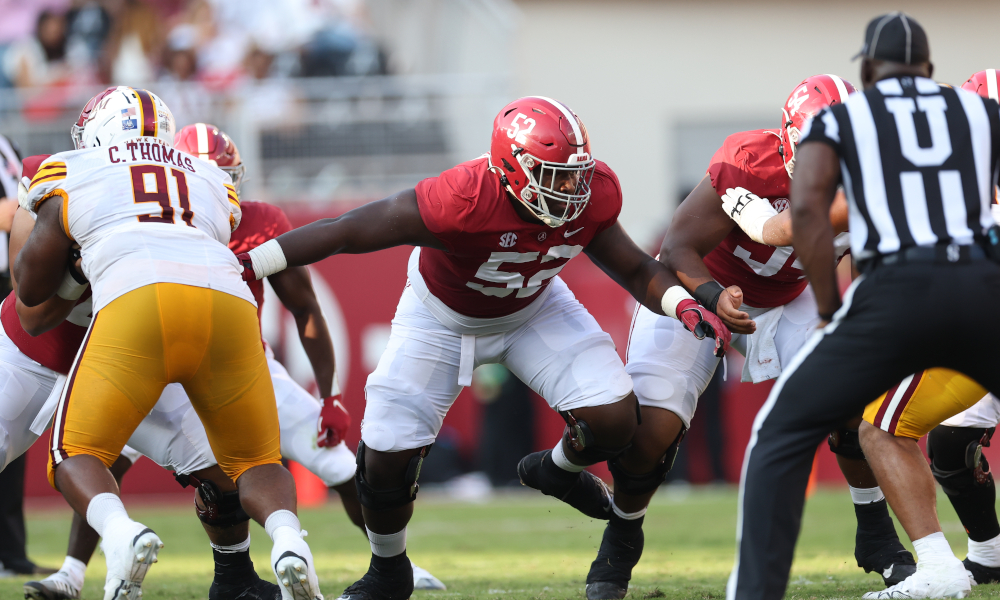 Christian Leary was not the only shocking transfer announcement for Alabama fans.

Cohen, a former four-star in the 2020 class, has been a starting guard for two seasons.

The 6-foot-4, 306-pounder allowed 1.5 sacks, four quarterback pressures, and four quarterback hits this year. As a junior, he blocked for the nation’s No. 5 scoring offense (40.8 ppg) at left guard. He carries two Southeastern Conference Championship rings and a College Football Playoff National Championship ring with him, but how does his departure shake up the offensive line? Tyler Booker, a true freshman, is about to jump-start his second season as a starter. He has been superb all season, earning All-True Freshman All-America honors from Pro Football Focus. Booker served as a productive guard; however, he has the versatility and size to play right tackle. Alabama would naturally move JC Latham to left tackle in the spring and figure out what it has at both guard spots. Seth McLaughlin would return as the center, which gives the Tide three of five linemen.

It signed what looked like the best offensive line on paper in 2021, but Latham is the only name from the haul of linemen that has worked out. Alabama brought some guys in this recent class, yet it has more studs arriving in the 2023 group. The competition will happen to get the best five on the field to play dominant football, but Cohen’s departure does bring Booker to the forefront.

He earned Unsung Hero and Iron Man awards in Sunday’s annual awards banquet for the Tide.