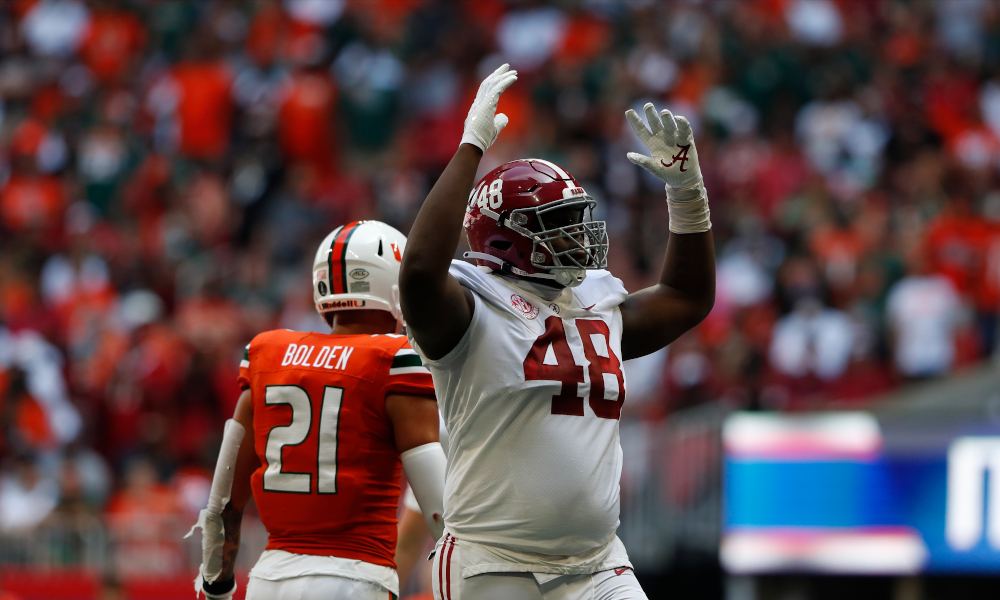 One former Alabama player is not for seeing Crimson Tide athletes jump into the NCAA transfer portal.

Twelve scholarship players, including Trey Sanders, Traeshon Holden, Christian Leary, JoJo Earle, Javion Cohen, Khyree Jackson, and Tommy Brockermeyer, have entered the portal. Phidarian Mathis, an Alabama alum, came to the Tide in its 2017 recruiting class as a four-star from Louisiana. He did not become an instant starter, but Mathis grew into a very good player.

Mathis earned two College Football Playoff National Championship rings (2017 and 2020) and three Southeastern Conference Championship rings (2018, 2020-21). He got selected in the second round of this year’s NFL Draft by the Washington Commanders. Mathis sees the names in the transfer portal, but he knows he comes from a different mentality.

He sent a strong message via Twitter to those in the portal.

Them boys hitting that portal like flys😂 I wasn’t running from no smoke ya digg!

Alabama is cleaning its house before the Sugar Bowl.