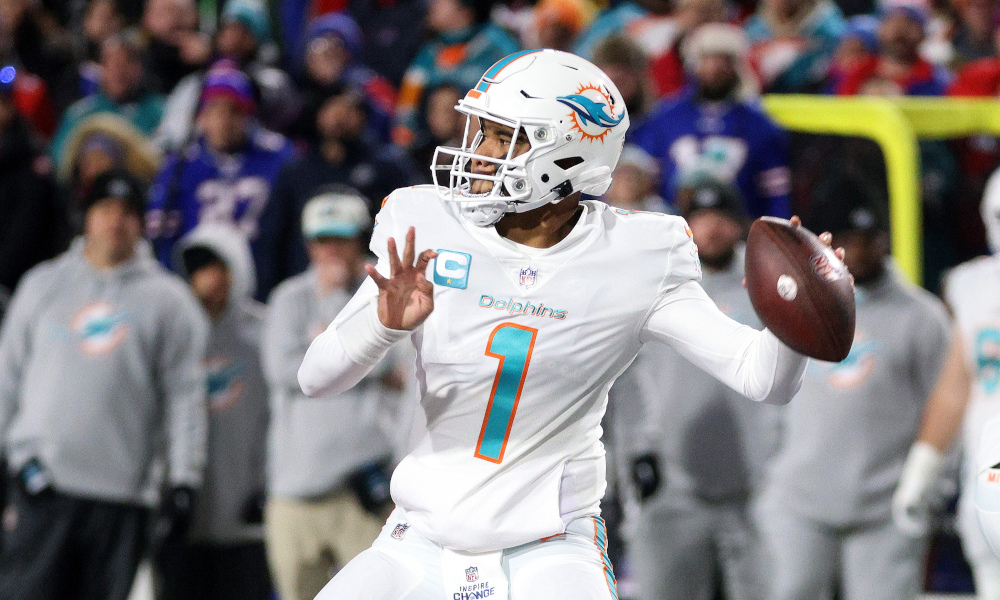 He is from Hawaii, but Tua Tagovailoa handled the snow and wind of Buffalo well.

His performance was strong on Saturday night for the Miami Dolphins against the Buffalo Bills. Tagovailoa got the better of Josh Allen in week three of the season, but he felt short this time. He suffered from dropped passes by wide receivers as Tyreek Hill and Jaylen Waddle were targeted 20 times. Both combined for 12 receptions, and Waddle totaled a game-high 114 yards receiving — including a 67-yard touchdown. Tagovailoa completed 17 of 30 passes for 234 yards and two touchdowns.

A dime from @Tua to @Cheetah 😍

Miami suffered a 29-32 loss, but its playoff hopes are alive. The Dolphins are 8-6 with three regular-season games left.

If Tagovailoa can help it win out, Miami would grab the No. 6 seed in the AFC playoff picture.

He is having a great third year as he’s achieved his first 3,000-yard passing campaign (3,238) with 24 passing touchdowns. Tagovailoa is ninth in the National Football League for passing yards, tied for fifth for touchdown passes, second for quarterback rating (72), and second for passer rating (107.8). He has to make sure the Dolphins secure the final Wild Card spot for the playoffs.