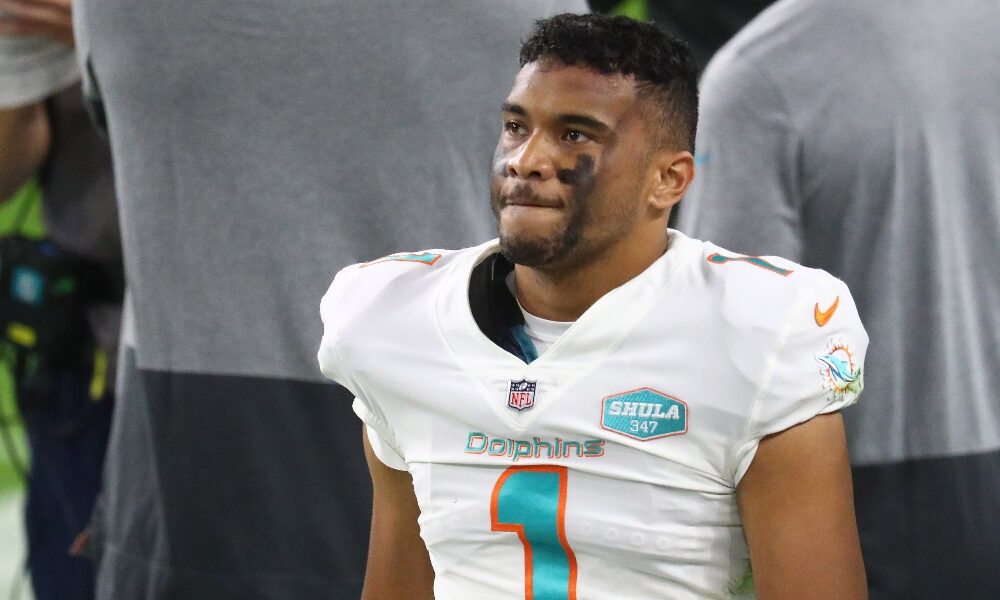 Dolphins quarterback Tua Tagovailoa will be out of action for the team’s Week 18 matchup this weekend.

Tagovailoa suffered his third concussion of the season during the Dolphins’ Week 16 game against the Packers where he has since been placed on the bench.

This week the Dolphins are trying to grab the final playoff spot in the AFC but will need to do so without its quarterback as Tagovailoa was officially ruled out for the game against the Jets.

Amidst the injuries, this was Tagovailoa’s breakout season in the NFL as he showed signs as to why he was considered a top pick and a true franchise quarterback. In 13 games the former Alabama quarterback threw for 3,548 yards, 25 touchdowns, eight interceptions, completed 64.8 percent of his passes and averaged 8.9 yards per attempt.