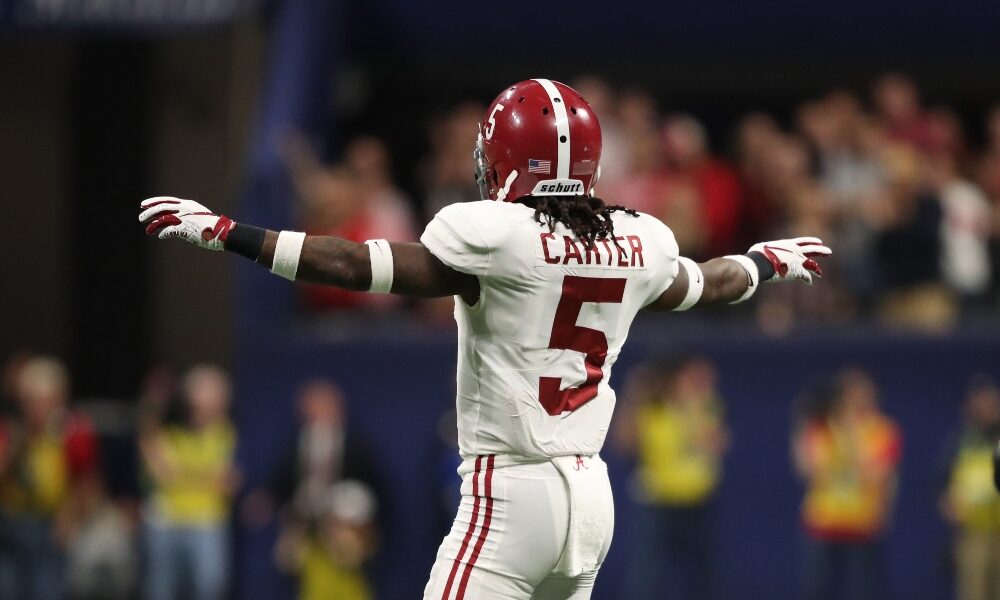 He was a versatile defensive back under Nick Saban for Alabama football, but he’s found a new home in the pros.

Shyheim Carter, a native of Kentwood, La., signed to the Tennessee Titans’ practice squad on Tuesday. Jim Wyatt, a beat reporter for the team, reported the news. Carter went undrafted in the 2020 venue, signing with the New York Jets as a free agent.

He totaled 101 tackles, six tackles for loss, 18 pass breakups and three interceptions (two returned for touchdowns), and two forced fumbles. The 5-foot-10, 194-pounder can play cornerback, safety, or nickel. He helped the Crimson Tide to two Southeastern Conference Championships (2016 and 2018) and a College Football Playoff National Championship in 2017.