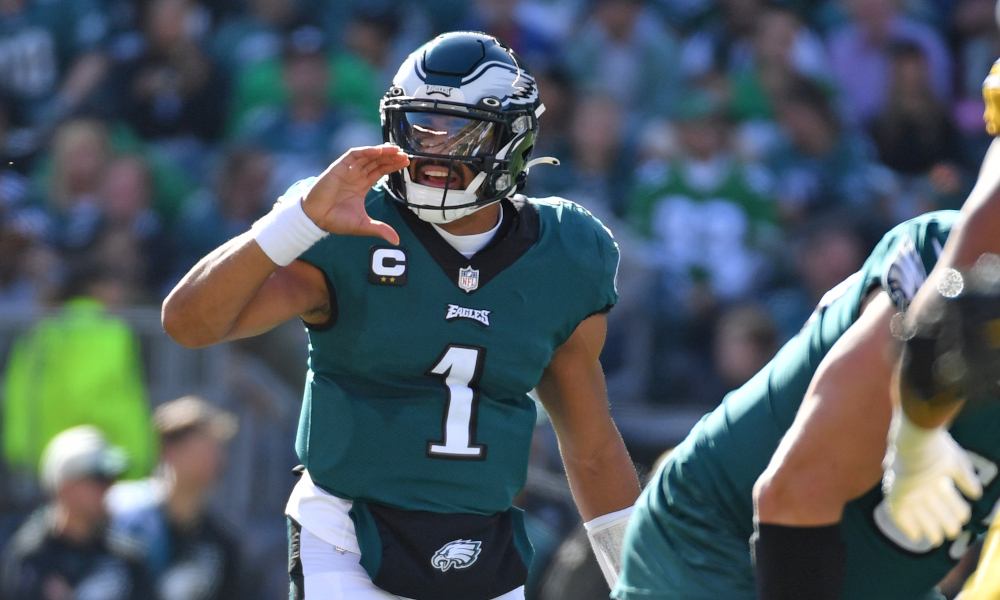 He became the first former Alabama quarterback since Richard Todd to lead an NFL team to a playoff win in 40 years.

RELATED: Jalen Hurts accomplished something no other former Alabama QB had in 40 years in win over New York Giants

Hurts guided the Philadelphia Eagles to a 38-7 victory last week over the New York Giants in the NFC Divisional round. He controlled Philadelphia’s offensive attack, totaling three touchdowns. Hurts completed 16 of 24 passes for 154 yards and two passing touchdowns. He has the Eagles in the NFC Championship Game with an opportunity to advance to the Super Bowl.

Hurts has performed like an MVP candidate all season, and a future Hall of Famer for the National Basketball Association sees it.

LeBron James, a four-time NBA Champion and co-founder of Klutch Sports Group, tweeted out emphatic support for Hurts after watching the third-year quarterback have a stellar playoff performance. Hurts is with Klutch Sports as Nicole Lynn represents him.

Yeah like they were saying. Anybody would look great at QB for the Eagles.. yeah ooook. HATERS MAN!! Jalen Hurts is SPECIAL. 🤡’s

He earned a College Football Playoff National Championship (2017), two Southeastern Conference Championships (2016 and 2018), several individual accolades, and a bachelor’s degree from the University of Alabama. Hurts has transformed himself from an incredible athlete to a complete quarterback. He will lead the Eagles against the San Francisco 49ers in the NFC title game.