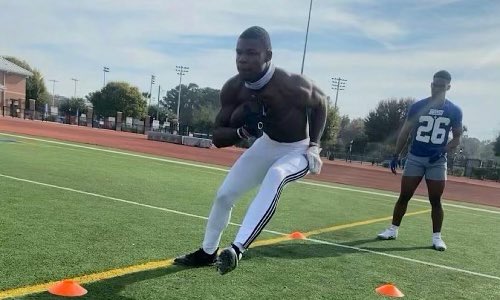 Johnson attends the infamous IMG Academy in Bradenton, Florida. Despite being only a sophomore, he already has 23 Power five offers.  The 6-foot, 190-pound back possesses track-level speed and even qualified for the AAU Junior Olympics.

Alabama is no stranger to IMG Academy running backs. Former five-star, Trey Sanders rushed for 528 yards and had three touchdowns in the three years he spent in Tuscaloosa before recently transferring to TCU.