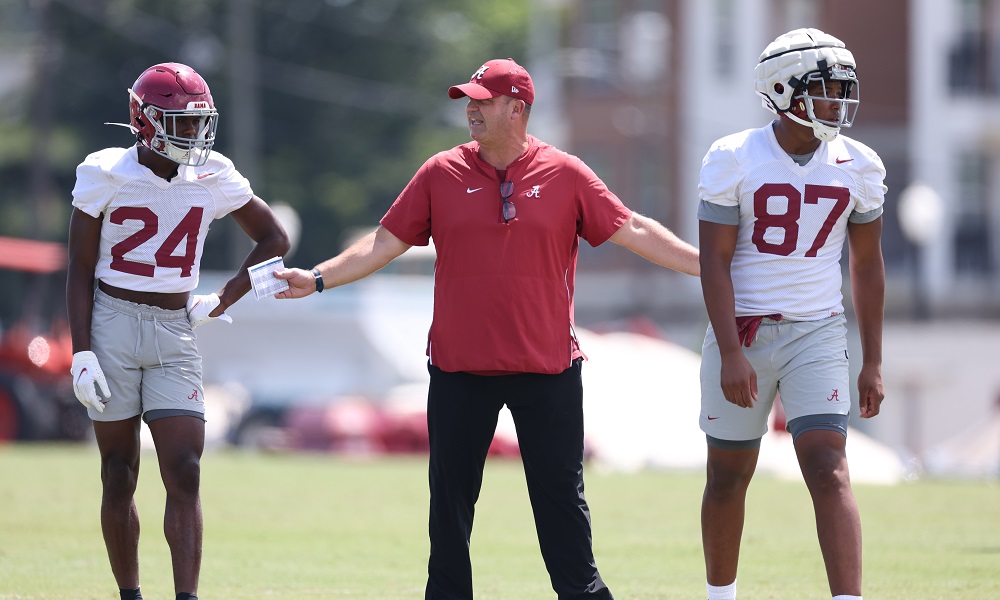 Bill O’Brien is officially moving on from the University of Alabama to return back to the NFL as the New England Patriots’ offensive coordinator, and it is time to look back at his impact on Alabama’s recruiting effort.

O’Brien did not earn the title of being an ace recruiter during his time in Tuscaloosa. One can make the argument he was the least talked about Alabama coach by recruits since he primarily recruited quarterbacks with his biggest win coming in the 2022 recruiting class when the Tide signed five-star quarterback, Ty Simpson. He also played a role in Alabama landing both of its 2023 quarterback signees, Eli Holstein and Dylan Lonergan.

With O’Brien out the door, the Crimson Tide are in need of another offensive coordinator, and one with the ability to recruit quarterbacks at a high level. Fortunately for Alabama’s next offensive coordinator, 2024 five-star quarterback Julian Sayin is already locked in. However, if the Tide’s new hire can recruit a specific area and/or other positions outside of quarterback at a high level, it would be a huge plus and an upgrade for Alabama.

Nick Saban and the University of Alabama have already begun their search for the Tide’s next offensive coordinator.