It was the lost brother of college football that denied Alabama a chance for a national title in 2013. To achieve greatness, a team must excel in all phases of the game.

Controlling field position is one aspect on special teams. It’s always a plus when an offense is able to begin its possession near or pass the 50-yard line. Christion Jones exceeded the Tide’s expectations last season.  He recorded 45 returns for 952 yards and three touchdowns. Jones allowed his vision to help set up blocks downfield and used his elusiveness to make defenders miss.

Jones returns next season as the featured star of Alabama’s special teams, but don’t be surprised if the Tide incorporates Cyrus Jones, Bo Scarbrough or Chris Black into the mix.

Jones and Black possess the ability to create solid field position with their speed and vision.  Both players know how to catch the ball cleanly and make plays in space. Scarbrough desires to play running back for the Crimson Tide. He will get his opportunity, but first he must show Saban how explosive he can be on special teams.

At 6’2” 234 pounds, Scarbrough is a five-star player. He has the speed, size and potential to be very productive. If he’s able to produce well on special teams, Scarbrough will definitely find himself in a role offensively.

Cody Mandell was rarely an object of conversation last season. Regardless of popularity, Mandell was pivotal for Alabama in flipping field position. In 2013, he averaged 47.1 yards per punt.  Of his 39 punts, 15 of them pinned opponents inside the 20-yard line. Mandell did a great job of angling his punts toward the sideline. This gave the Tide’s defense time to cover the kick and provided opposing teams little opportunity for a productive return.

With Mandell pursing an NFL career, JK Scott has some huge shoes to fill. Hailing from Denver, Colo., Scott excelled on special teams at J.K. Mullen High School. As a junior, he recorded 39 punts for an average of 37.72 yards per punt.

Regardless of the prestige, Scott is a three-star prospect who must earn the respect of Nick Saban and company.  His upside looks great, but we won’t know how good he is until he dawns a Crimson Tide jersey and goes to work.

Though field position is important, scoring is the main aspect on special teams. Despite being on different sides, defensive backs and kickers do share similarities. Both positions represent the last line of production. When an offensive drive stalls, it’s the kicker’s job to produce points on the scoreboard.

In 2013, Cade Foster struggled with inconsistency.  He excelled in flipping field position, but couldn’t make field goals in critical moments.  Despite connecting on 70 percent of his attempts, Foster cracked under the pressure in big games.

Outside of Van Tiffin and Jamie Christensen, Alabama hasn’t had an elite, clutch kicker. Leigh Tiffin was productive for the Tide; however, he didn’t come on strong until his senior season in 2009.  Jeremy Shelley posted a good career, but his finest highlight came against LSU in the 2012 BCS National Championship Game.

2014 will unveil Adam Griffith as Alabama’s placekicker. At 5’10” 187 pounds, Griffith has a year of experience under his belt, but will need to start strong next season. Last season, he totaled 14 kickoffs for 885 yards (63.2 yards per kick) and four touchbacks. It’s been said that Griffith nails 50+ yard field goals in practice, but practice speed is different from game speed.

In practice, kickers feel confident. They kick in a controlled environment without pressure. However, when the lights come on and all eyes are on you, the ability to come up clutch becomes a question.  He has to work on his leg strength and accuracy on his kick, but Griffith’s upside and potential looks promising.

It’s great to have a talented offense and a strong defense, but when a program excels on special teams; it becomes another weapon to use. Championship teams in college football cause opponents to search hard for weaknesses.

Last season, it didn’t long for someone to discover that clutch kicking wasn’t Alabama strong suit. Four failed field goal attempts prevented Alabama from a Southeastern Conference title last season. This statistic will do more than just motivate the Crimson Tide.  It will drive Alabama to desire to see an improvement.

The Crimson Tide will return to the gridiron in 2014 as the measuring stick. Alabama has the offense and defense that can generate noise, but the question is will special teams follow suit? 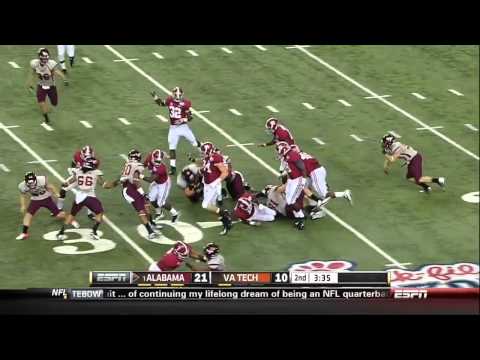