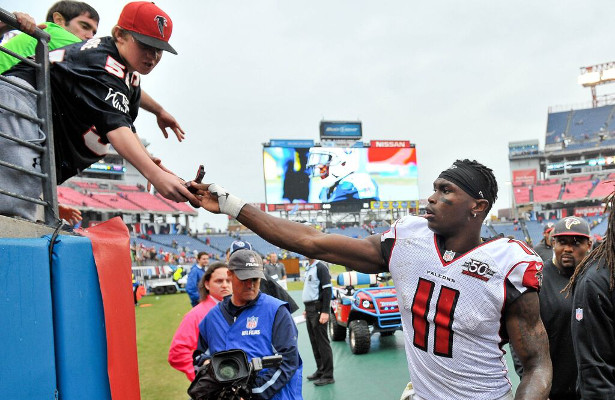 Atlanta bounced back into the win column Sunday after a 10-7 victory over the Tennessee Titans at Nissan Stadium. Falcons’ star wide receiver Julio Jones recorded the team’s lone touchdown, an eight-yard reception from quarterback Matt Ryan in the second half.

The former Alabama standout was targeted 17 times, totaling nine receptions for 92 yards and a touchdown. Jones averaged 10.2 yards per catch and brought in two passes on Atlanta’s touchdown drive in the third quarter. Its offense started on the 12-yard line, when Jones grabbed a 20-yard pass from Ryan. His efforts moved the ball to the 32-yard line, allowing the Falcons a chance to establish running back Devonta Freeman. He totaled 116 rushing yards.

It was not pretty, but Jones and the Falcons improved to 6-1 on the season. Atlanta will return to the Georgia Dome next week for an NFC South showdown against Tampa Bay.