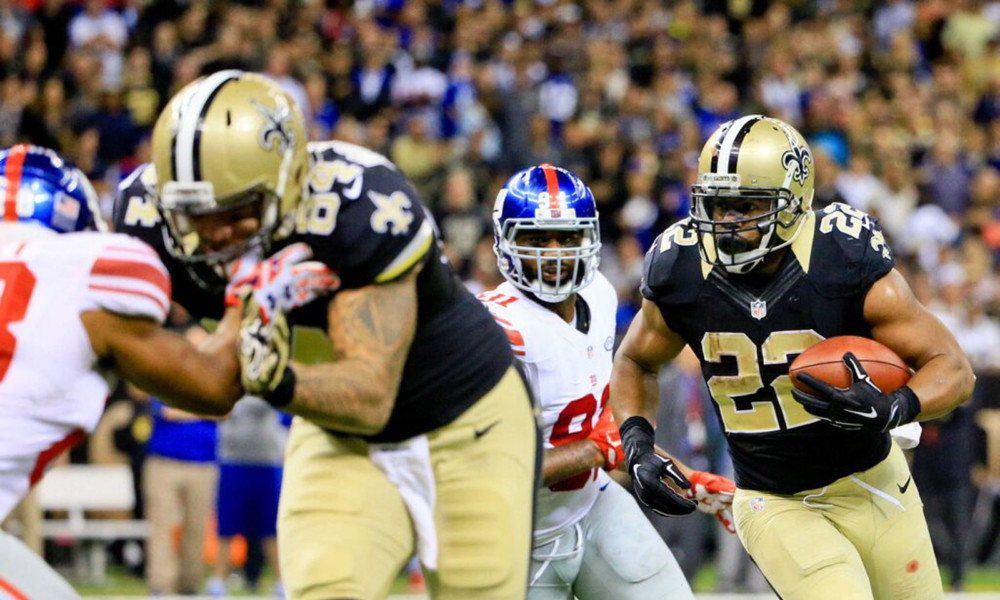 An aerial assault took place Sunday inside the Mercedes-Benz Superdome between New Orleans and the New York Giants, but Saints’ running back Mark Ingram chimed in with big numbers.

The ex-Crimson Tide player and former Heisman winner totaled 80 rushing yards and 39 receiving yards on 20 touches. Ingram posted five yards a carry, with a long of 16 yards. He averaged three touches on all eight of New Orleans’ scoring drives.

The Saints improved to 4-4 after its 52-49 victory over the Giants.

Ingram stands at 530 rushing yards with five touchdowns on 118 tries, netting 4.5 yards per carry. He caught 33 passes for 274 yards, netting an average of 8.3 yards per reception. New Orleans will remain at home next week to face the Tennessee Titans.