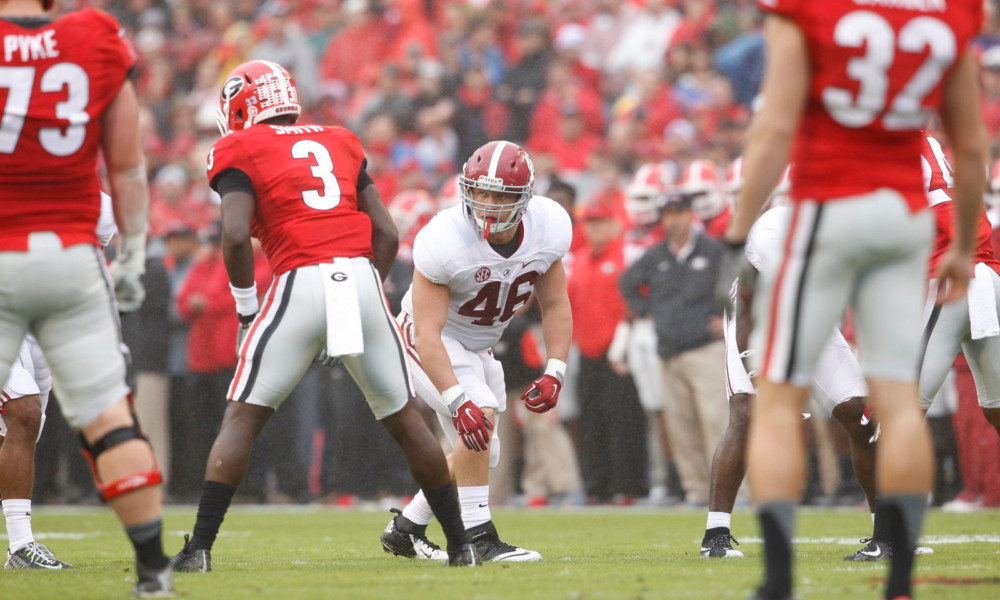 Alabama head coach Nick Saban is all about development. Regardless of recruiting sites, his main concern is getting players ready to compete and succeed at the highest level.

Since 2008, Saban has smuggled four and five-star into Bryant-Denny Stadium, but a different name stepped up last week against LSU. A name that some still do not recognize.

A former walk-on, Nysewander saw action in just three games from 2011-13. He emerged from the practice squad last season, showing promise as a willing blocker and pass catcher.

Nysewander played in eight games, totaling two catches for 21 yards and a touchdown.

He spent a year with former Alabama fullback Jalston Fowler to work on solid blocking techniques. This year’s offense is different under coordinator Lane Kiffin, yet Fowler’s teachings took effect on Nysewander. He blocked for 250 rushing yards, with 210 coming from running back Derrick Henry.

Nysewander set the edge on two of Henry’s three touchdowns.

Fowler, Henry and former Alabama running back T.J. Yeldon were the first three to celebrate with Nysewander after his 12-yard touchdown reception last year against Western Carolina.

The entire team was fired up after Nysewander nailed LSU running back Derrius Guice on a kick return in the second quarter. He plays with fire and fun, two characteristics that Henry enjoys about him. Alabama’s featured back had nothing but praise for Nysewander in player interviews.

“I told Nysewander today that he’s Highway 46 and I’m riding all the way,” Henry said Monday afternoon. “Nysewander did a great job of blocking in the game and does well in practice.”

Fowler’s departure left Alabama without a true fullback, yet Nysewander is giving it his all as a senior. He and the Crimson Tide will face Mississippi State this week in Starkville, Miss.