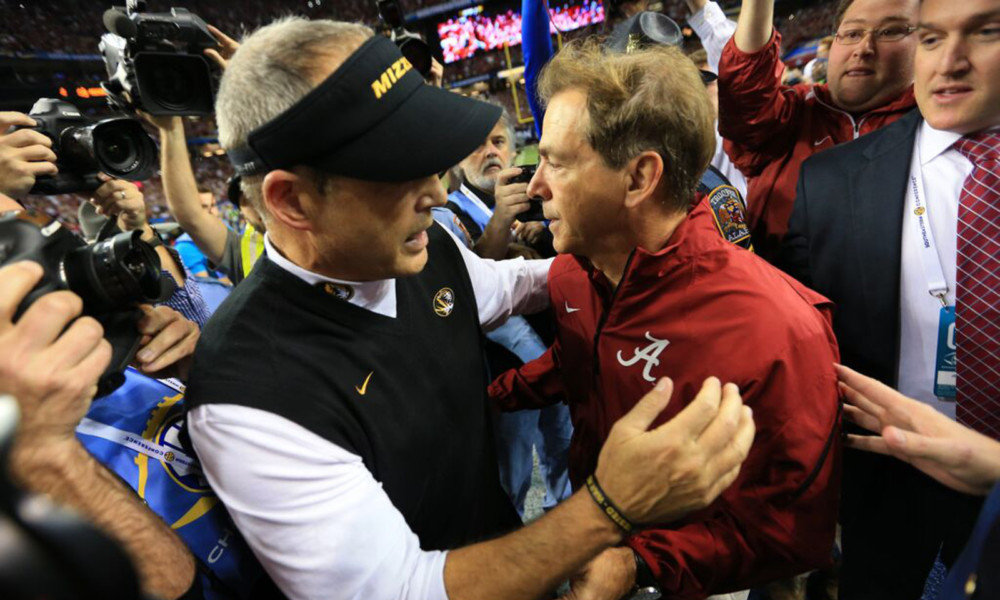 South Carolina head coach Steve Spurrier was first to leave the Southeastern Conference, announcing his resignation on Oct. 12. A month later, the SEC is set to lose another class act, Missouri head coach Gary Pinkel. According to multiple news sites, Pinkel will step down at the end of the season due to health issues. He was diagnosed with lymphoma in May.

Medical dictionaries define “lymphoma” as a any group of blood cell tumors that develop from lymphatic (cancer) cells.

Pinkel did undergo treatment in the offseason, which allowed him to at the very least coach this year’s group of Tigers.

Pinkel coached the Tigers to 10 bowl appearances, eight in the Big 12 and two in the SEC. Missouri moved to the SEC in 2012.

The Tigers captured back-to-back SEC East crowns in 2013 and 2014, finishing with 11+ wins in both seasons. Pinkel hails from the Don James coaching tree. He played tight end under James at Kent State from 1970-73.

James had another individual to sit under them; however, this one is at Alabama. Crimson Tide head coach Nick Saban was a defensive back at Kent State from 1970-71. He and Pinkel were not only teammates, but both also served as graduate assistants under James in 1974.

Saban was the one who urged and put in a good work for Pinkel to take a coaching position at Toledo, upon his departure to the Cleveland Browns (NFL, defensive coordinator) in 1991.

The two have remained great friends, and according to Matt Zenitz of AL.com, Saban said that “Alabama’s thoughts and prayers are with Pinkel and his family.”