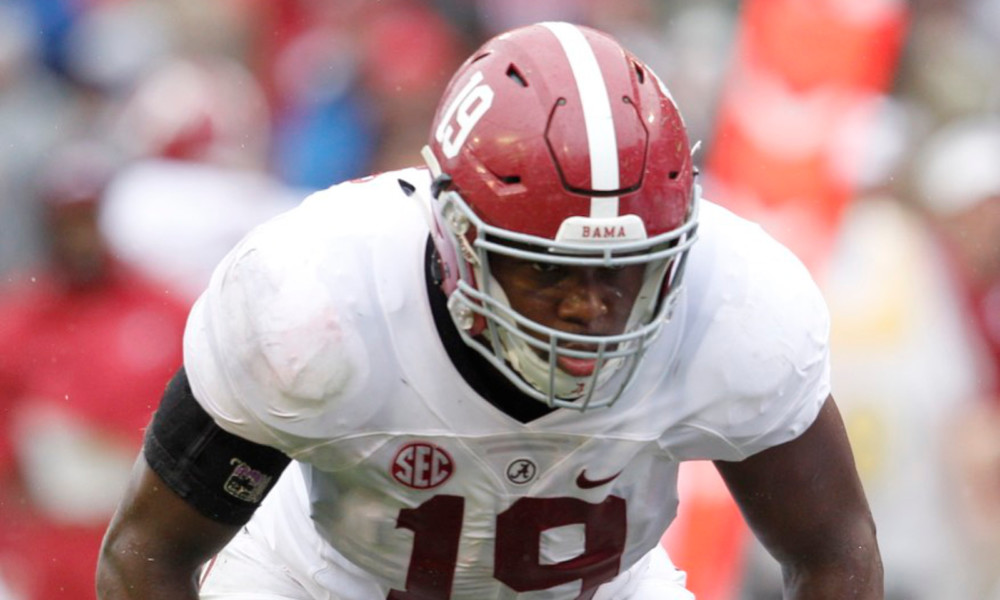 Alabama’s Reggie Ragland is the latest dominant figure in a prosperous lineage of Crimson Tide ‘backers’ under head coach Nick Saban. The senior was recognized Friday as one of 10 finalist for the 2015 Senior CLASS Award, an honor bestowed on the work of athletes on and off the field.

CLASS is an acronym meaning Celebrating Loyalty and Achievement for Staying in School. It focuses on student athletes using their platform to make a positive impact as leaders in the community. Ragland represents a prime example at Alabama.

Ragland returned to Alabama after a solid year in 2014, finishing with 95 total tackles.

Regardless of those numbers, he decided to forgo the 2015 NFL Draft in order to earn his degree. Ragland is set to graduate in December, capping of three and half years.

He is a tackling machine on the field and a man of the people off it. Ragland is a member of the Crimson Tide’s leadership council and takes great pride in his volunteer work, visiting hospitals, schools and churches.

Ragland has anchored one of best defenses this season. Alabama is first in run defense, allowing 75.8 yards per game. It stands third nationally in total defense, giving up 16.3 points.

The Crimson Tide has generated 30 sacks (ninth in the nation) and 13 interceptions.

Ragland leads the team in tackles (74) and has 5.5 tackles for loss, 2.5 sacks, four pass breakups, three quarterback hurries and two forced fumbles. He is a semifinalist for the Chuck Bednarik, Dick Butkus and Lombari Award. The winner of the Senior CLASS Award will be announced in early January.