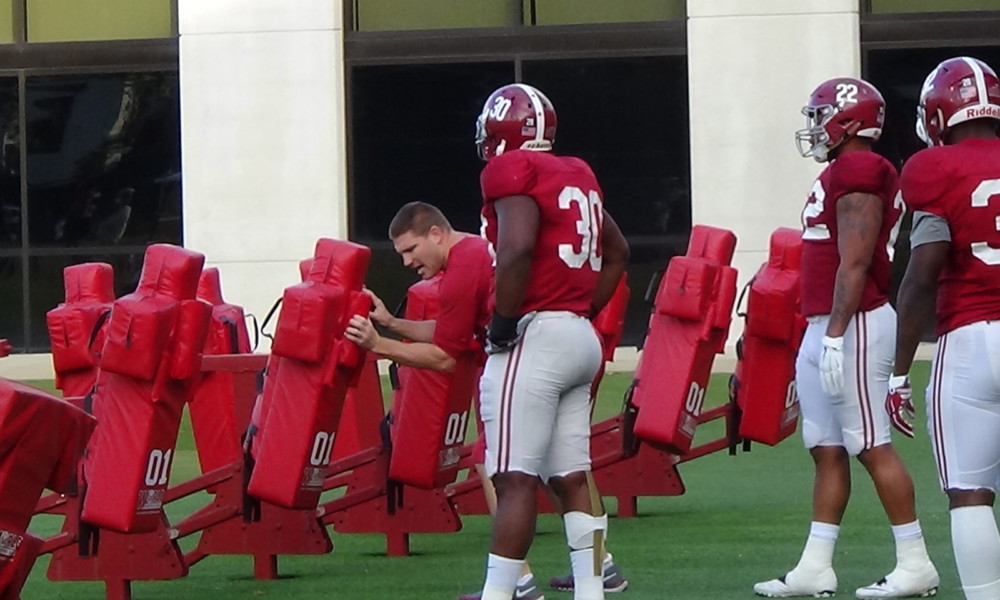 Alabama was at Thomas-Drew Field Tuesday, after practicing indoors Monday. The Crimson Tide worked in sunny, 57-degree weather conditions. It was day two of Alabama’s game week prep for Auburn.

Yours truly of Touchdown Alabama Magazine with all updates.