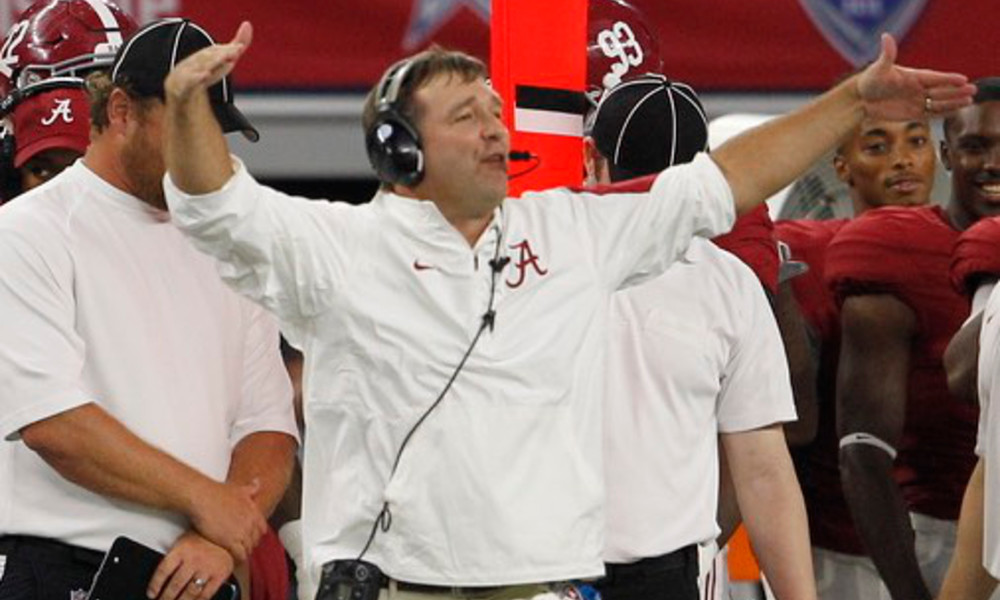 The Broyles Award was created to recognize assistant coaches that demonstrate both hard work and determination on and off the field. Smart has done this in eight season under Crimson Tide coach Nick Saban, with one of his better coaching jobs coming this year. Alabama is third nationally in scoring defense (14.3 ppg).

Smart has coached this unit to be first nationally against the run (78.9 ypg) and seventh in pass efficiency defense (185.7 ypg). It falls second behind Boston College in total defense (256 ypg). The Tide has accounted for 41 sacks, which is third nationally behind Arizona State and Penn State. Alabama is among the top 25 (22) in interceptions with 15 for 442 yards and four scores. Six of the team’s 15 picks have come from freshmen.

Smart has been a previous recipient of this honor in 2009. The winner of the 2015 Broyles Award will be announced on Tuesday, Dec. 8 at 11:30 a.m. at the Marriott Hotel in Little Rock, Ark.