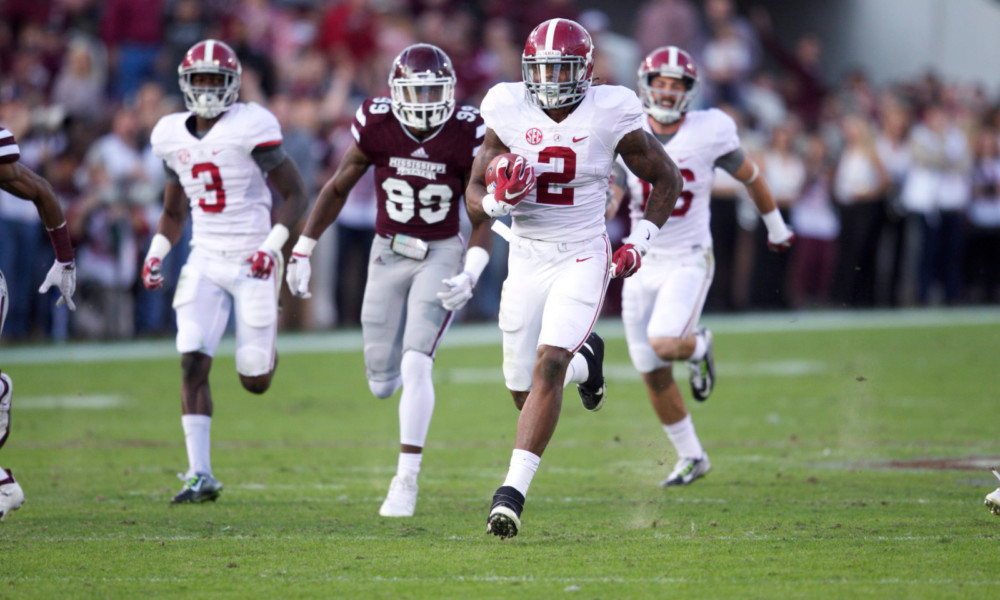 Alabama made a splash this week as running back Derrick Henry, linebacker Reggie Ragland and offensive center Ryan Kelly all collected awards, via the Southeastern Conference.

Henry, who is a Heisman finalist, won SEC’s Offensive Player of the Year. He leads the conference in rushing with 1,986 yards and 23 touchdowns on 339 attempts. His mark in rushing yards and touchdowns rank first all-time in Alabama’s single season record books. Henry’s 1,986 yards surpass Georgia legend Herschel Walker for most by an SEC player in a season. He averages 152.77 rushing yards per game.

Henry is also a finalist for the Maxwell, Doak Walker and Walter Camp national awards.

Ragland, a senior, won SEC’s Defensive Player of the Year.

He anchored an Alabama front seven that is second nationally in total defense (258 ypg), first in rush defense (74.0 ypg), fourth in scoring defense (14.4 ppg) and first in sacks with 46.

Ragland led the team in tackles (90), while totaling 6.5 tackles for loss, 2.5 sacks, six pass breakups, six quarterback hurries and two forced fumbles. Alabama becomes the first school to have players win both offensive and defensive player of the year, since the award started in 2003. Ragland remains a finalist for Dick Butkus, Chuck Bednarik and Bronko Nagurki awards, while being projected as a first round draft pick.

He was named the SEC’s Scholar-Athlete of the Year and won the Jacobs Blocking Trophy. Kelly is a finalist for the Rimington Award, an honor given to the nation’s top center.