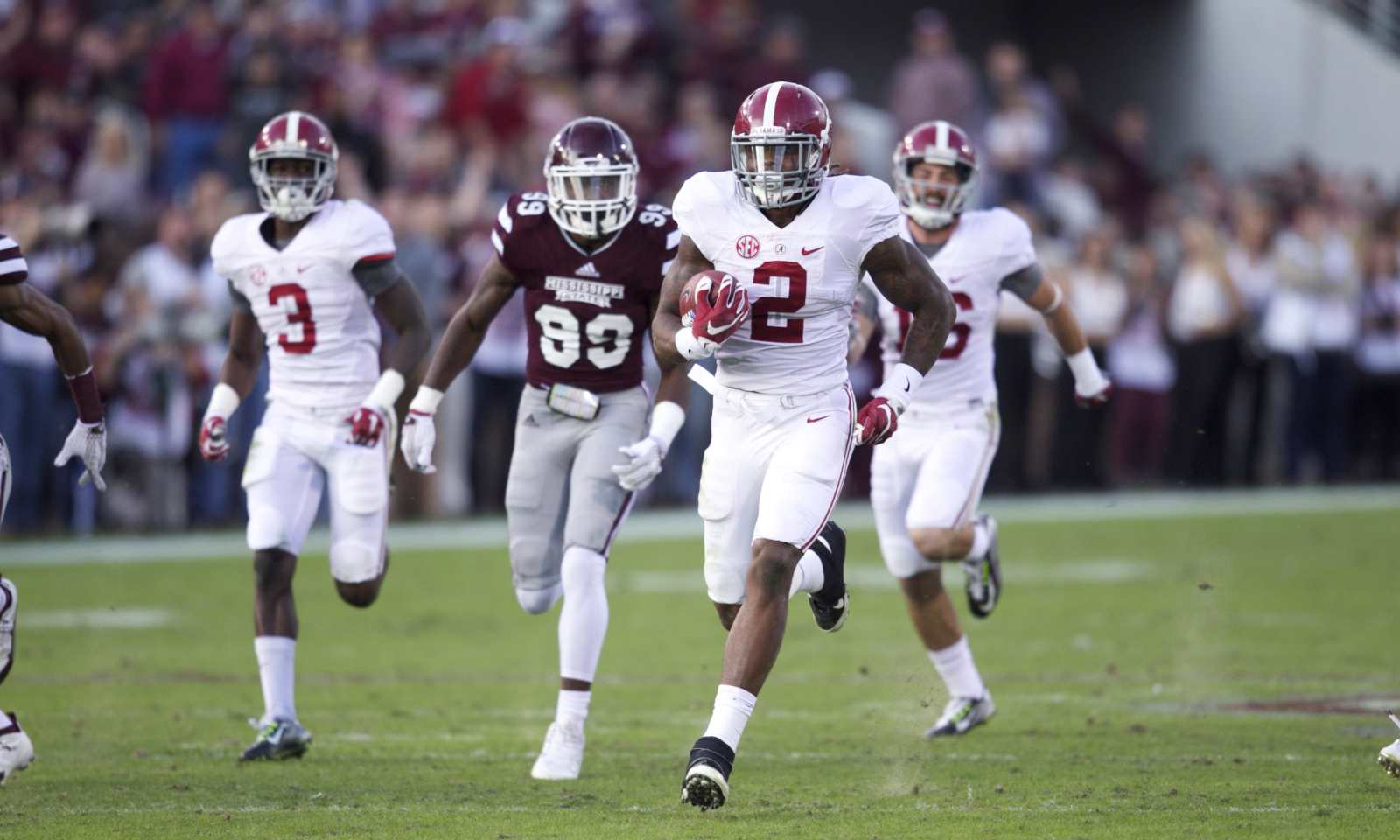 Derrick Henry was the star of the night at the College Football Hall of Fame in Atlanta on Thursday. The Tide’s junior running back won the Maxwell Award, the Walter Camp Award and the Doak Walker Award. He was the second player from Alabama to win the Maxwell or Doak Walker, following A.J. McCarron and Trent Richardson respectively. The Heisman finalist was the first Alabama to take home the Walter Camp Award.

The last player to sweep those three awards was Penn State running back Larry Johnson in 2002. Johnson finished that season third in the Heisman voting behind quarterbacks Matt Leinart from USC and Brad Banks from Iowa. The last collegiate player to sweep all four awards – Heisman, Maxwell, Walter Camp and Doak Walker – was Wisconsin running back Ron Dayne. He rushed for more than 1,800 yards that season and earned more than 70 percent of the first place votes for the Heisman.

Henry is now in the company with those great names and has been compared to the greats like Bo Jackson and Herschel Walker, whose SEC rushing Henry broke.

“Those are legendary names,” Henry said in an interview with ESPN’s Danny Kanell. “I’ve got a lot of work to do to get in with those guys but it’s an honor and a blessing to get mentioned with those guys.”

Henry was also one of five Alabama players to be named to the Walter Camp All-American team. Henry was joined on the first team by Rimington Trophy winner Ryan Kelly and linebacker Reggie Ragland. Ragland was a finalist for both the Butkus Award – nation’s best linebacker – and the Bednarik Award – nation’s best defensive player – but fell short in both those categories to Notre Dame’s Jaylon Smith and Temple’s Tyler Matakevich.

Defensive linemen A’Shawn Robinson and safety Eddie Jackson were both named to the second-team of the Walter Camp All-Americans. Robinson was a finalist for the Outland Trophy, which is given to the nation’s best linemen, but the award was given to Stanford’s Joshua Garnett. Jackson was a semi-finalist for the Thorpe Award but did not get to make the trip to Atlanta.

Henry will be traveling to New York for the Heisman Trophy presentation on Saturday night. He currently has 1,986 rushing yards and 23 rushing touchdowns this season, breaking SEC records in both categories. Henry has averaged 205.5 rushing yards over his last six games.