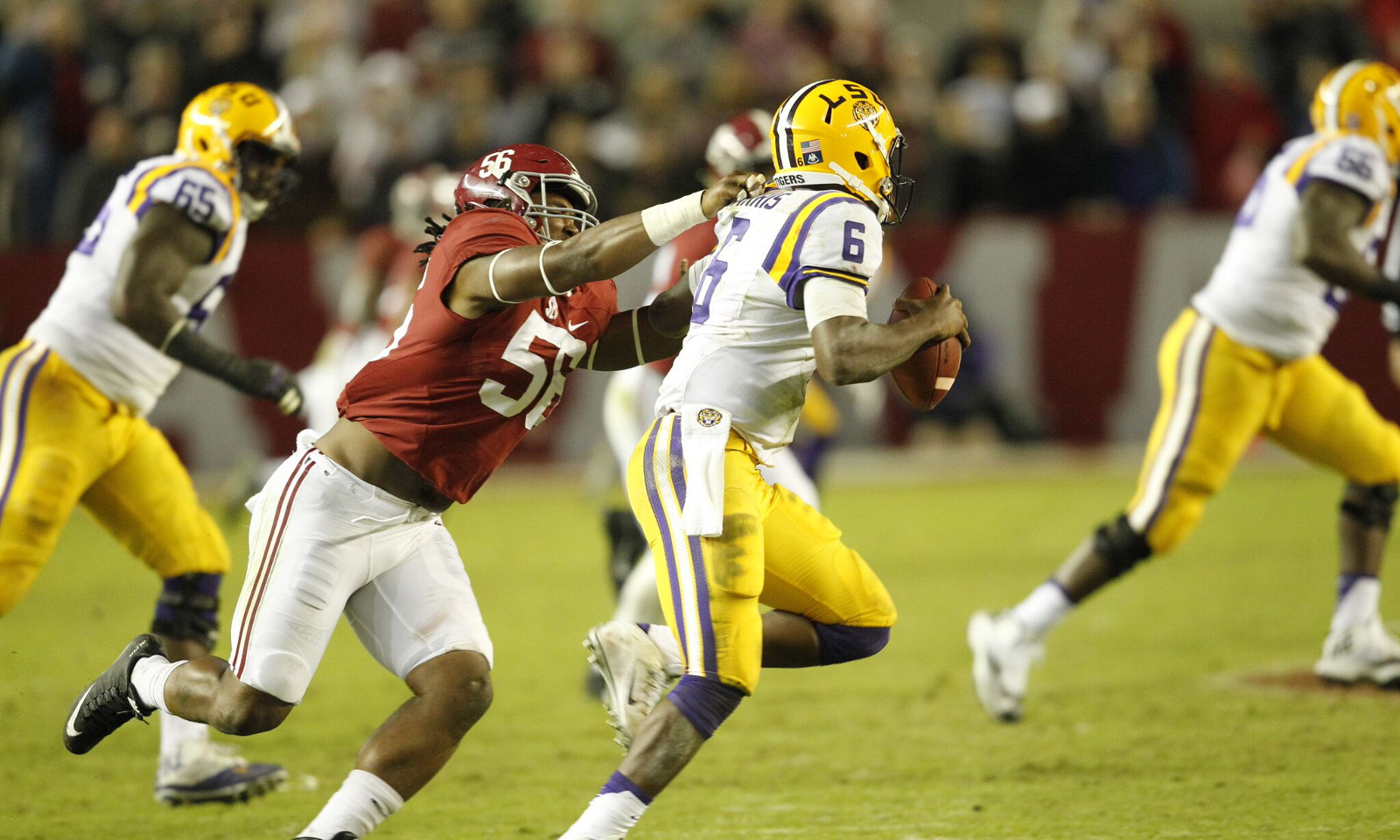 Alabama will return one of its young, yet emerging stars on defense to the fold next season in outside linebacker Tim Williams. Williams, a native of Baton Rouge, La., has been exceptional on the edge as a situational pass rusher. He stands second behind defensive end Jonathan Allen (10 sacks) with 9.5 sacks and 11.5 tackles for loss.

Early struggles frustrated Williams to start the year, but he gathered himself under the leadership of outside linebackers coach Tosh Lupoi.

His reign of terror against opposing quarterbacks started during week four of the college football season against Louisiana-Monroe. Williams said per Ryan Fowler of Tide 99.1 (The Game) that “he plans to return to Alabama in 2016 for his senior year.”

Alabama LB, Tim Williams told me he plans on returning to Alabama for his senior season pic.twitter.com/5i9HMCrE1w

Williams will be one of multiple defensive captains next season for Alabama.