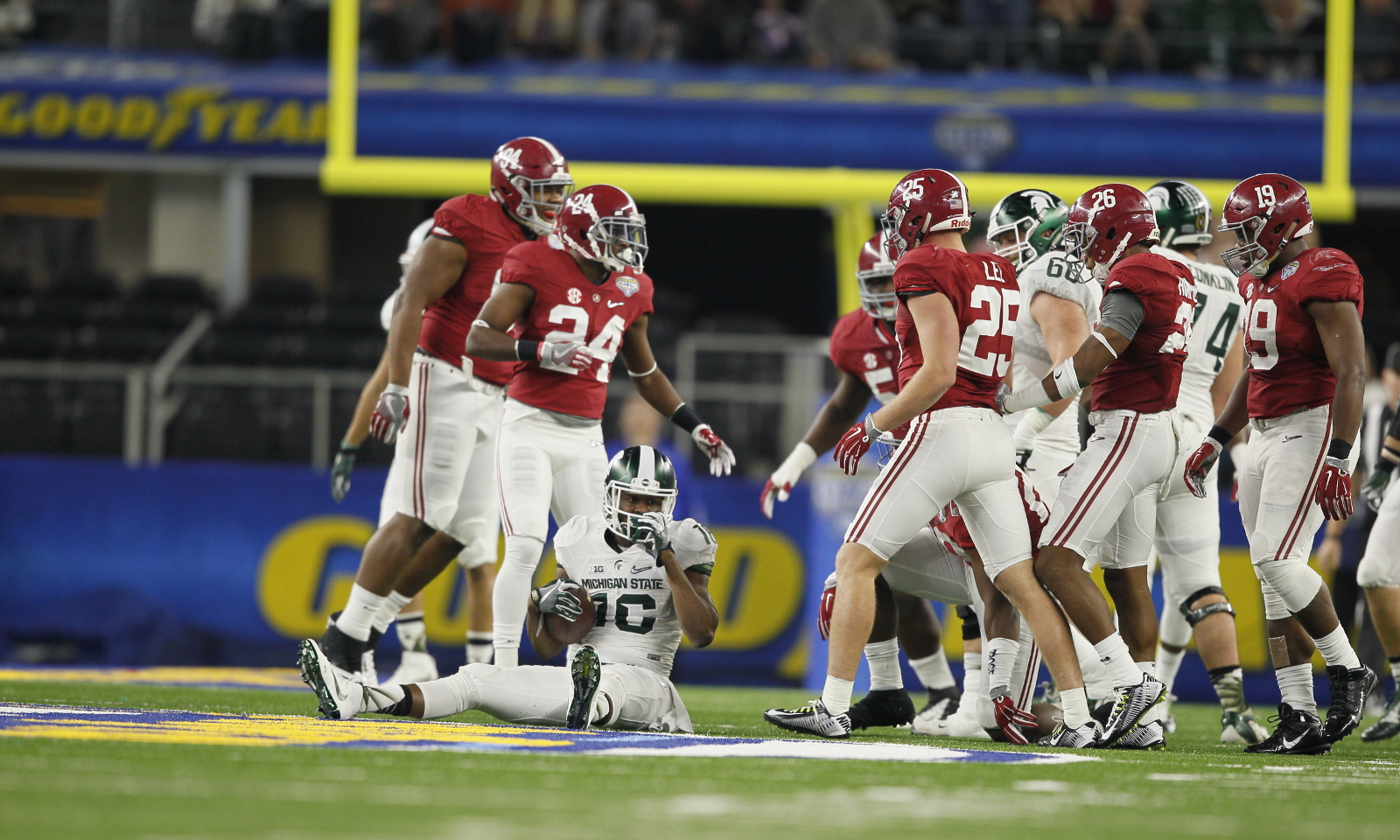 A defensive battle claimed the first quarter, but it was senior quarterback Jacob Coker that broke through the clutter for Alabama. He was highly efficient on the big stage, completing 25 of 30 passes (83.3 percent) for 286 yards with two touchdowns and no turnovers. Both of Coker’s touchdown passes went to wide receiver Calvin Ridley for six yards and 50 yards. Ridley, a freshman, gave Michigan State’s secondary fits.

He brought in eight catches for 138 yards with two scores.

Multiple Crimson Tide wide outs got in on the action, including tight end O.J. Howard. The junior hauled in three receptions for 59 yards. Michigan State’s front seven limited Alabama running back Derrick Henry to 75 yards, yet the junior put in two rushing touchdowns. He extended his scoring streak to 19 games, and becomes the Southeastern Conference’s single-season touchdown holder with 24 scores.

Jones returned in the third quarter with a 57-yard punt returned for a touchdown.

It was his fourth special teams play this season, giving the Crimson Tide a 24-0 lead. Alabama’s second-team unit on defense preserved a 38-0 shutout, securing its fourth bowl shutout in school history and second under head coach Nick Saban (2012 BCS title game, 21-0 over LSU).

The Tide was bounced out of the College Football Playoff last season after a 42-35 semifinal loss to Ohio State. It moves on this season to face No.1-ranked Clemson for a national championship.