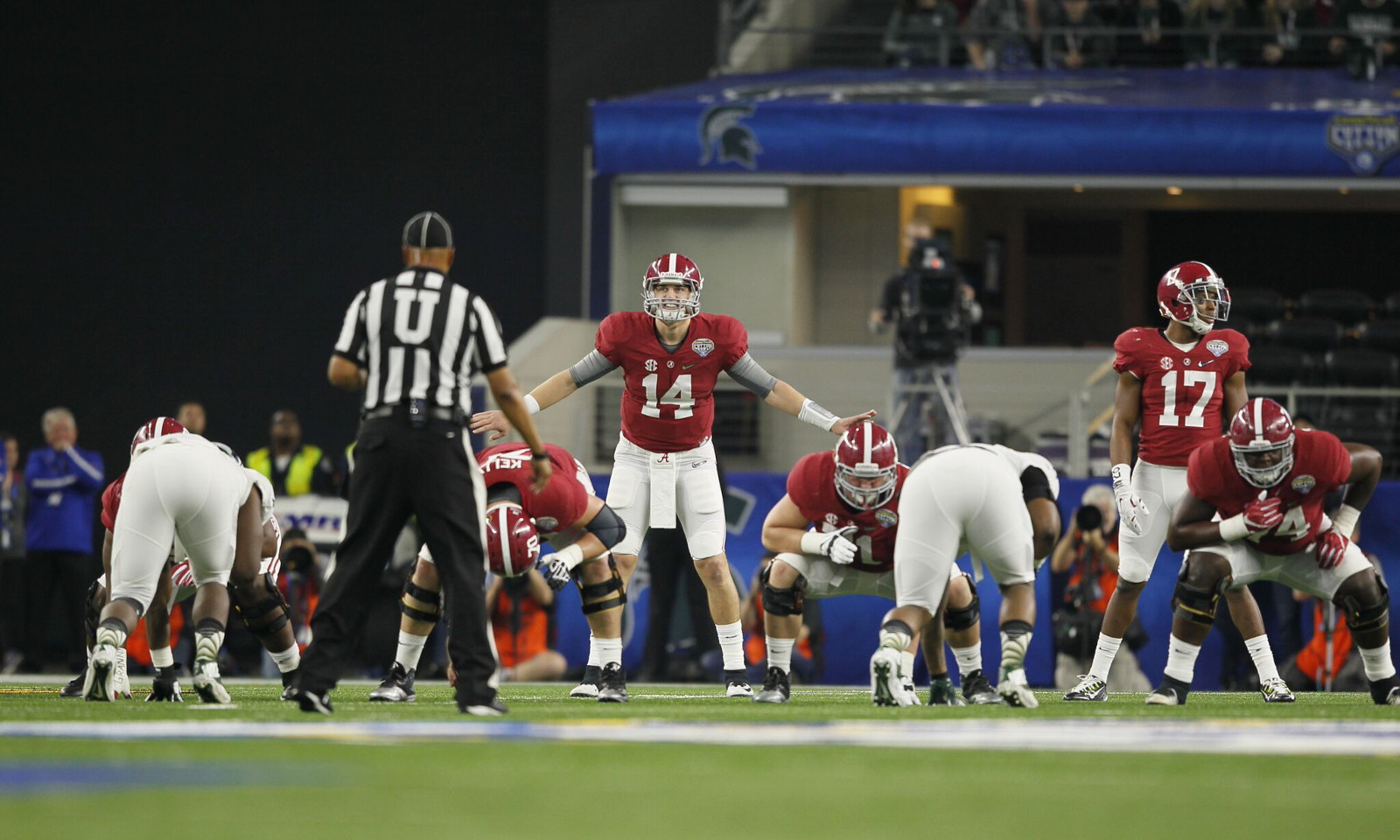 Michigan State quarterback Connor Cook was the appetizer for much of the week.

His in-game experience and accolades as leader drew attention leading up to Thursday’s Cotton Bowl. An appetizer is good, but all restaurants are known for their “main course.” Senior quarterback Jacob Coker provided a show at AT&T Stadium.

Offensive coordinator Lane Kiffin put him in attack mode, and Coker responded by completing 83.3 percent of his throws. He connected on 25 of 30 passes for 286 yards with two touchdowns and no turnovers. The Spartans were keyed on running back Derrick Henry, which allowed Coker to target receivers with accuracy and confidence.

Both of touchdown passes went to wide out Calvin Ridley in the third quarter on plays of six and 50 yards. Coker avoided negative plays and was able to get tight end O.J. Howard involved. He totaled three catches for 59 yards, with a long of 41 yards.

He has encountered many obstacles in the past, but Coker fought off everything to get to this moment. He relished the stage Thursday night and gave it all he had to deliver Alabama to national championship game. Florida State may have been the start of his career, but now the Mobile (Ala.) native has the Crimson Tide one game away from hoisting a College Football Playoff trophy.