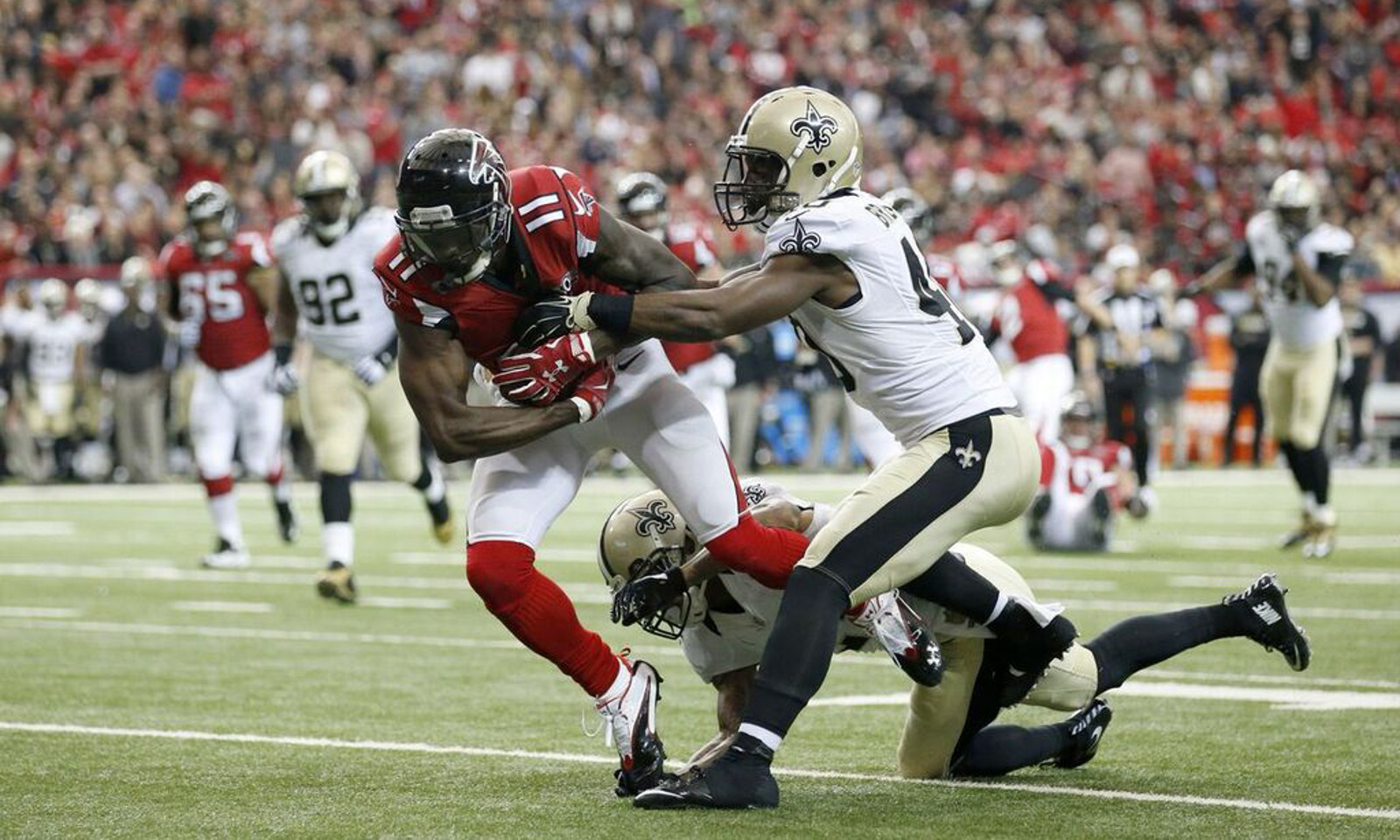 The former Alabama wide out surpassed Rice and stands second all-time in receiving yards for a single season (1,871).

He totaled nine catches for 149 yards in Atlanta’s 17-20 loss Sunday against New Orleans. The Falcons dropped to 8-8, but Jones proved that he was worth the five-year, $71.5 million extension. Jones is the only wide out in NFL history that has recorded at least 130 catches and 1,800 yards in the same year. He ends this season with 136 grabs for 1,871 yards.

As of right now, Julio Jones is the only player in NFL history to have 130 catches and 1,800 yards in a single season. #NOvsATL

According to ESPN’s stats and information, the duo of Jones and Steelers’ receiver Antonio Brown (1,834) have combined for the most single-season yards in NFL history.

Julio Jones & Antonio Brown combined for the most single-season receiving yards by a WR duo in NFL history (3,705) pic.twitter.com/UiYdgz4K5u

Jones will represent Atlanta in his third Pro Bowl, but will miss the playoffs for a third straight year. Crimson Tide nation hopes that Jones will set foot on postseason action in 2016.