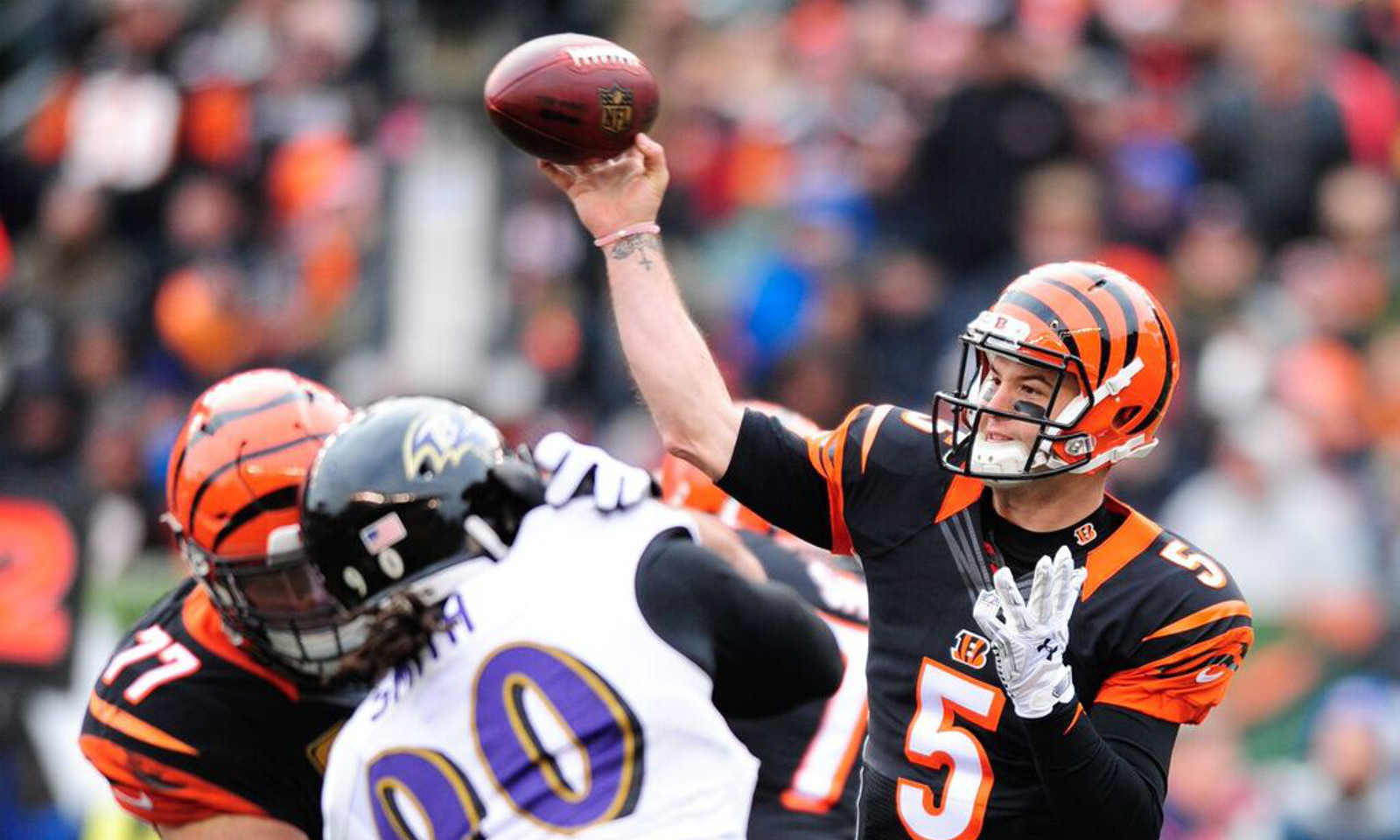 Former Alabama standout AJ McCarron is breaking stereotypes and putting serious pressure on Cincinnati Bengals’ starting quarterback Andy Dalton. Dalton missed a third straight game with a thumb injury, giving McCarron another chance to sharpen his craft. He earned his second victory as a starter against the Baltimore Ravens 24-16.

The once three-time national champion has done more than end a 28-year curse for ex-Crimson Tide quarterbacks, he has Cincinnati closing in on a first-round bye in the playoffs.

McCarron has yet to throw an interception in the three games he has started. The trend continued Sunday, as he completed 17 of 27 passes (62.9 percent) for 160 yards with two touchdowns and no turnovers. He found tight end Tyler Eifert on a 22-yard touchdown pass in the second quarter.

McCarron led two touchdowns drives in the third quarter, with one ending on a five-yard pass to A.J. Green for a score.

Cincinnati held a 21-9 lead in the third quarter, after trailing Baltimore 9-7 at halftime. The Bengals are now 12-4, tying it with New England for first in the AFC playoff standings.

A Patriots loss and a loss  for the Denver Broncos would give Cincinnati a first-round bye and home-field advantage throughout postseason play. Miami has already knocked off New England 20-10.

McCarron has recorded two multi-touchdown games against Pittsburgh and Baltimore. He stands with six touchdown passes on the year.