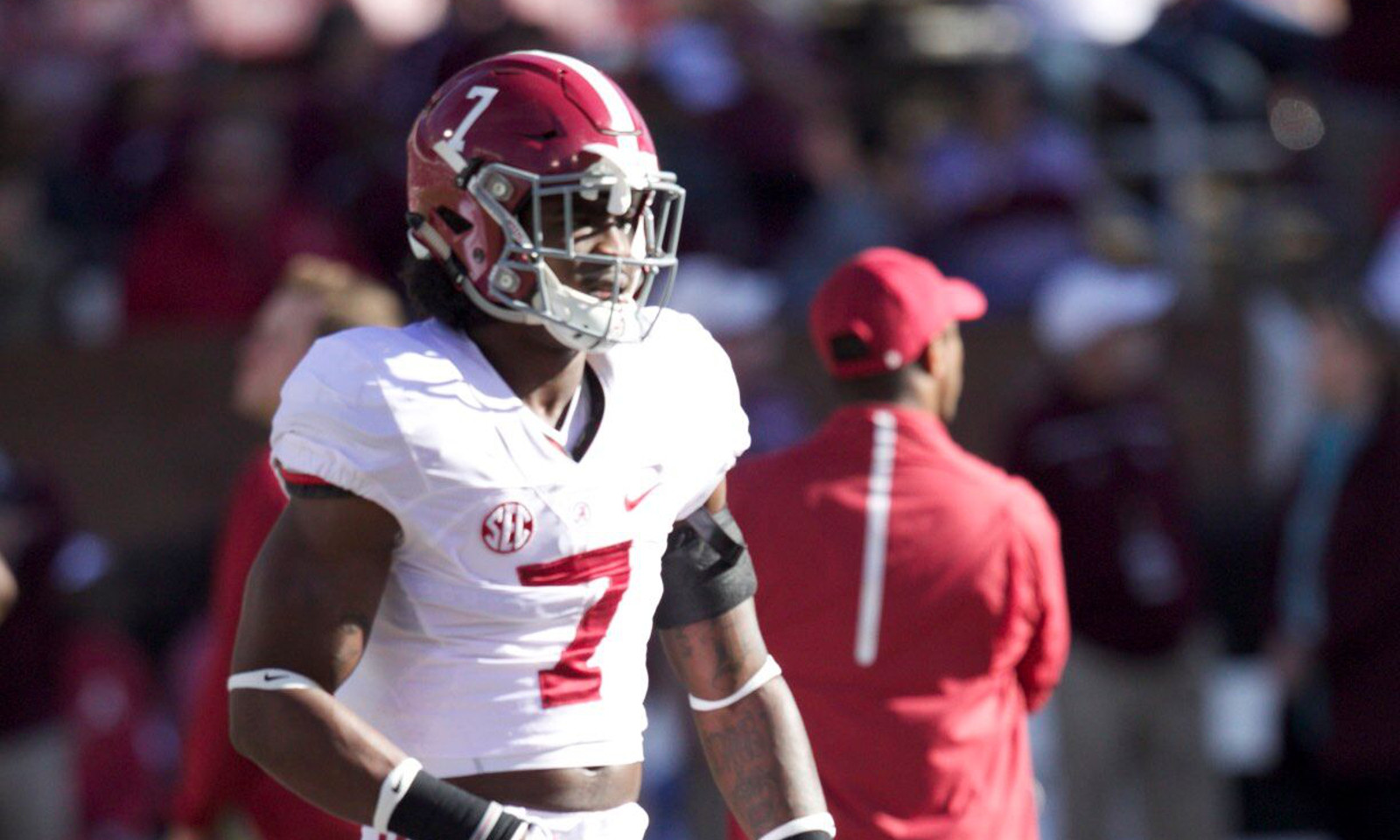 Alabama cornerback Tony Brown finds himself in a place that running back Kenyan Drake knows all to well about, Crimson Tide coach Nick Saban’s doghouse. The sophomore and former five-star prospect was absent from Monday’s College Football Playoff title game prep, due to suspension.

He was sent home last week for a “violation of team rules” during the team’s Cotton Bowl practice session. Starting a fight with a teammate seems to be the cause of Brown’s mishap, according to Matt Zenitz of AL.com.

“Tony’s suspended,” Saban said. “And until we get any new information, he’ll continue to be suspended.”

Brown has totaled for 16 tackles in 13 games. Most of his damage has come on special teams, but the sophomore has been solid as a backup in Alabama’s nickel and dime packages at “Star.” Defensive back Maurice Smith will replace Brown.