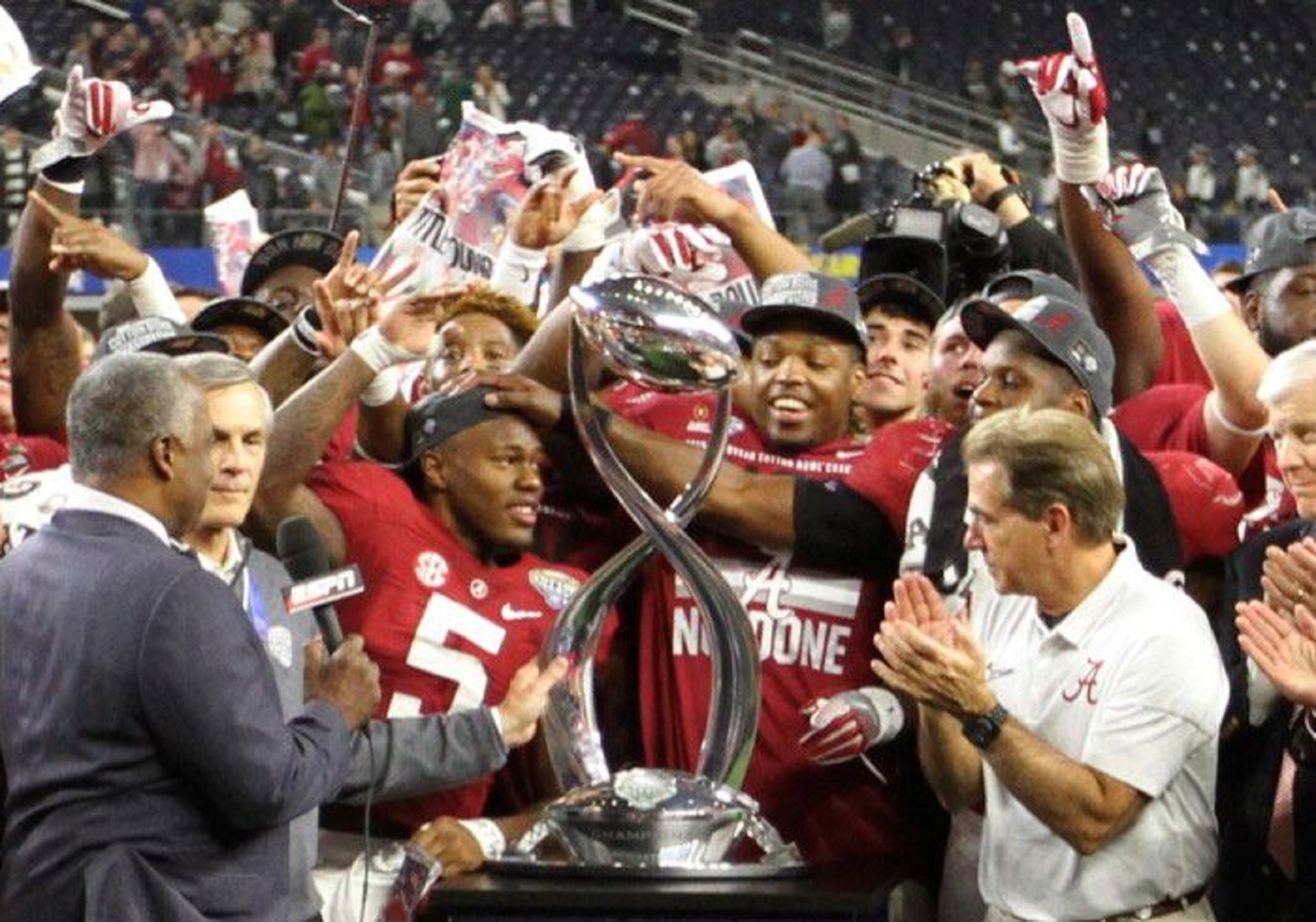 A Politically Incorrect Article on the CFP Championship Game

For ratings, ESPN wants you to think that this is a game for ages, that Clemson has the ying to counter Alabama’s yang. Coaches speak in coach speak and it sounds like a mutual admiration society when you here them talk about their opponents. I’m ready to throw up.

Let’s put coach speak and political correctness aside for this article anyway and say it like it is.

1. Alabama has trouble with quick footed running quarterbacks who can also throw well. Clemson has the best quarterback we will face all season!

Since when? If I hear one more reference about this from a so called media person I’d love to call him out in public to debate this and expose him as a fool.

They keep talking about remembering Johnny Manziel caused this team problems, that Cam Newton did too. Are these people too stupid to realize that this team is not the same team that played those quarterbacks? This defense has had no trouble stopping any quarterback, no matter how mobile. The teams that had those troubles have long gone. We don’t want to know how the 2010 might have handled Watson, we only know how the 2015 team will do it.

As for him being the best quarterback Alabama will face all season, didn’t they say a week ago about Connor Cook at Michigan State? Sure they did. He’s a sure first rounder and NFL ready quarterback that was going to test the Alabama defense like nobody else had.

Sure he did. He scored zero points on Alabama, nada, el zippo. He was a deer in the headlights all game long going but to huddle overheard muttering, “My God! They’re f’ing everywhere!” Yes and that was without blitz packages, that was just with the down linemen, we didn’t even turn the dogs loose on him and he’ll have nightmares for years from that game. So if Watson is “better” does that mean he might get a few points on the board?

2. This will be a much closer game.

Alabama was about a 9 point favorite over Michigan State and won by 38. Clemson is a 7 point underdog. Does that mean Alabama will win by only 20? It sure should be closer, Michigan State was horrible. If that was the Big 10 champion and best they had, they should drop football and play an additional fall basketball league.

Yes, Clemson’s idiot offensive lineman Eric MacLain said that and some of the media went with and thought it had some merit. Hasn’t been tested? If this team can shut down two top Heisman contenders, Nick Chubb and Leonard Fournette, they can stop another Heisman contender in Watson and any other running back they have who couldn’t carry either Chubb’s or Fournette’s jock strap as a running back.

As for their offensive line, they have one senior, one junior, two sophomores and two freshmen on that line and they’ll be out manned and out muscled by every man that will line up against them. Alabama will simply own both sides of the line of scrimmage and you know how those games always come out. The real headline should be that their offensive line has never had a test like they’re going to get against Alabama.

4. Clemson is undefeated and Alabama is not.

Ok, let’s address that. Prior to their win against Oklahoma, their signature win was against a 3 loss Notre Dame team that barely beat a bunch of mediocre teams. Had the two teams swapped schedules, Alabama would be undefeated and Clemson may easily have three or four losses. They barely beat Louisville by three points and Louisville lost to Auburn, the worst team in the SEC West by seven points. So don’t say they may not have lost up to four but at least three games playing an SEC schedule.

5. Alabama’s running game is going to be in trouble against this Clemson defense.

Wisconsin is the highest rated team Alabama played this year in rushing defense. This year they were the nation’s number four rush defense in the country. In that game, Alabama’s running backs rushed for over 250 yards averaging over 6.5 yards a carry. Again, they are the nation’s number four rush defense. Clemson may be OK, but they are only the nation’s 18th best rushing defense. They are rated behind LSU, Arkansas and of course Wisconsin and we all know how those games went and how are running backs did whatever they wanted to do. Henry won the Heisman for his game against LSU, a team rated a better rush defense than Clemson.

Alabama will do what they want to do. Derrick Henry, Kenyan Drake and any backup running back we put in there will get their running yards.