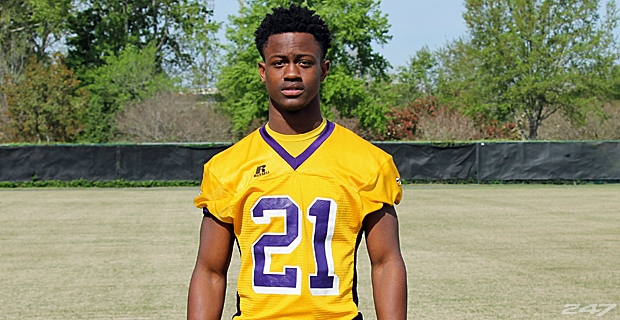 It has been an interesting three days for Alabama. On Sunday afternoon, 3-star linebacker Riley Cole who had been committed to the Tide since June, made the decision to decommit after being asked to grayshirt in 2016. Following that, the Crimson Tide have picked up two big time commitments from 4-star cornerback Nigel Knott and 4-star offensive tackle Scott Lashley, both from the state of Mississippi.

And now, less than twenty the Crimson Tide have lost another commitment, this one coming from Joshua Perry, a 3-star safety out of Amite, Louisiana. Perry, who had been committed to the Crimson Tide since May of 2015 made his decision known via Twitter on Tuesday afternoon.

I will be furthering my education & football career at the University of ……. pic.twitter.com/Wmt8eXImiS

This puts Alabama back down to eighteen commitments int he 2016 class but it does leave room for guys like Jared Mayden of Texas, who is the next corner target for Alabama now that Nigel Knott has committed. Mayden will commit at 8:15 CST on Wednesday morning.

Perry is ranked as the 45th best safety in the 2016 class and the 32nd best player in the state of Louisiana. He currently holds offers from Ole Miss, LSU, and Louisiana Tech and has interest from Mississippi State.