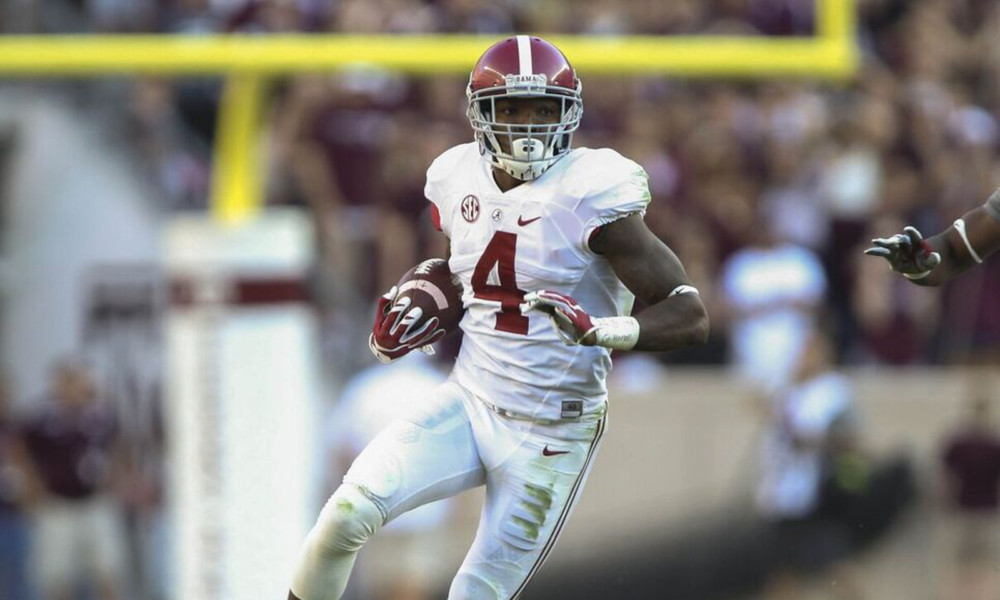 Ball hawks. The Southeastern Conference was full of them last season. A term that describes exceptional play in the secondary took full effect, as the conference recorded 169 interceptions.

Coach Nick Saban saw his group lead the SEC in interceptions (19), while accounting for 8.9 percent of the conference’s takeaways. The Crimson Tide returned four interceptions for touchdowns and allowed an average of 200.6 passing yards under secondary coach, Mel Tucker (now at Georgia).

Timing will be of the essence for quarterbacks and wide receivers, due to the amount of experience returning at safety for the SEC. Listed below is breakdown of the top five players for next season.

Maye now becomes the enforcer for the Gators, due to the departures of Vernon Hargreaves and Keanu Neal. He finished with 82 tackles last season (fourth on team), adding to his consistent improvement as a defender. Maye was credited with six pass breakups, five forced fumbles and two interceptions. He anchored a secondary that allowed 182.1 passing yards a game, en route to Florida ending 2015 with a 10-4 record. In three seasons (2013-15), Maye and the Gators have not allowed opponents to average more than 220 passing yards a season (213.6 yards, 2014).

Tigers’ coach Les Miles saw Adams come into his own as a playmaker a year ago.

He finished with 67 tackles (third on team), while adding five tackles for loss, six pass breakups, a forced fumble and four interceptions to his stat sheet. The 6-foot-1, 211-pound defensive back earned second team All-SEC honors from the conference’s coaches and Associated Press.

LSU returns cornerback Tre’Davious White and safety Rickey Jefferson to its roster, but much of its success on the back end will rely on Adams. He was a Freshman All-American selection in 2014, according to Sporting News, Scout.com (recruiting) and 247 Sports.com (recruiting) media outlets.

Opponents completed 56.3 percent of its throws and totaled 224.3 yards/game against Adams and the Tigers in 2015. Good production on offense to mix with this defense should bode well.

Kelly’s numbers aside from tackles were the same from 2014 to last season.

After posting a 9-4 record, the Volunteers are anticipating a huge year in the SEC. Coach Butch Jones is expected to guide this team to wins over Alabama, Florida, Georgia and Texas A&M this fall.

Not many defensive backs had the impact that Jackson had for Alabama in 2015.

He was moved from cornerback to safety in the summer and started to blossom. His 46 tackles were good for fifth-best on the team, and he added three tackles for loss, two pass breakups, a forced fumble and six interceptions (team-high) to his total. All six of Jackson’s takeaways came against elite programs, but a match-up against No. 8-ranked Georgia started the onslaught.

He intercepted a pass off the arm of quarterback Brice Ramsey in the third quarter. Jackson would return the turnover 50 yards for a touchdown, giving Alabama a 31-3 advantage.

After recording a pick against Arkansas, Jackson embarrassed both Kyle Allen and Kyler Murray in the following week. The Tide’s safety would record two interceptions, including one that was returned for a 93-yard touchdown in the first half. He would end the 2015 season in the same fashion that he started, securing his sixth pick of the campaign off the arm of Deshaun Watson.

Jackson earned first team All-SEC honors and was named second team All-American, according to the Walter Camp Foundation and Football Writers Association of America. He’s amassed eight interceptions in three season, nevertheless, two of the eight were from him as a cornerback.

Jackson enters his second full year at safety this fall. He decided to forgo the 2016 NFL Draft and return for his senior year. Opportunities to be a finalist for the Jim Thorpe Award—honor given to nation’s top defensive back and help the Tide win its 17th national championship are both possible.

Sanders has the most career interceptions of anyone on this list (nine). He captained a Bulldogs’ pass defense that allowed 156.5 passing yards/game and 53.3 percent completion mark in 2015.

He totaled 48 tackles (sixth on team), five tackles for loss, a sack, six pass breakups, six interceptions and a defensive touchdown in 13 games. Sanders made up a defensive backfield in 2014 that had the likes of Damian Swann and Quincy Mauger on it. The trio combined for 11 of the team’s 16 interceptions (68.8 percent), en route to a 10-3 year. Georgia gave 170.4 passing yards/game, while allowing quarterbacks to only complete 53.8 percent of their pass attempts.

The additions of Kirby Smart and Mel Tucker should help the Bulldogs’ thrive. Both coaches are solid recruiters, teachers and students of the game. Sanders will benefit greatly from both.