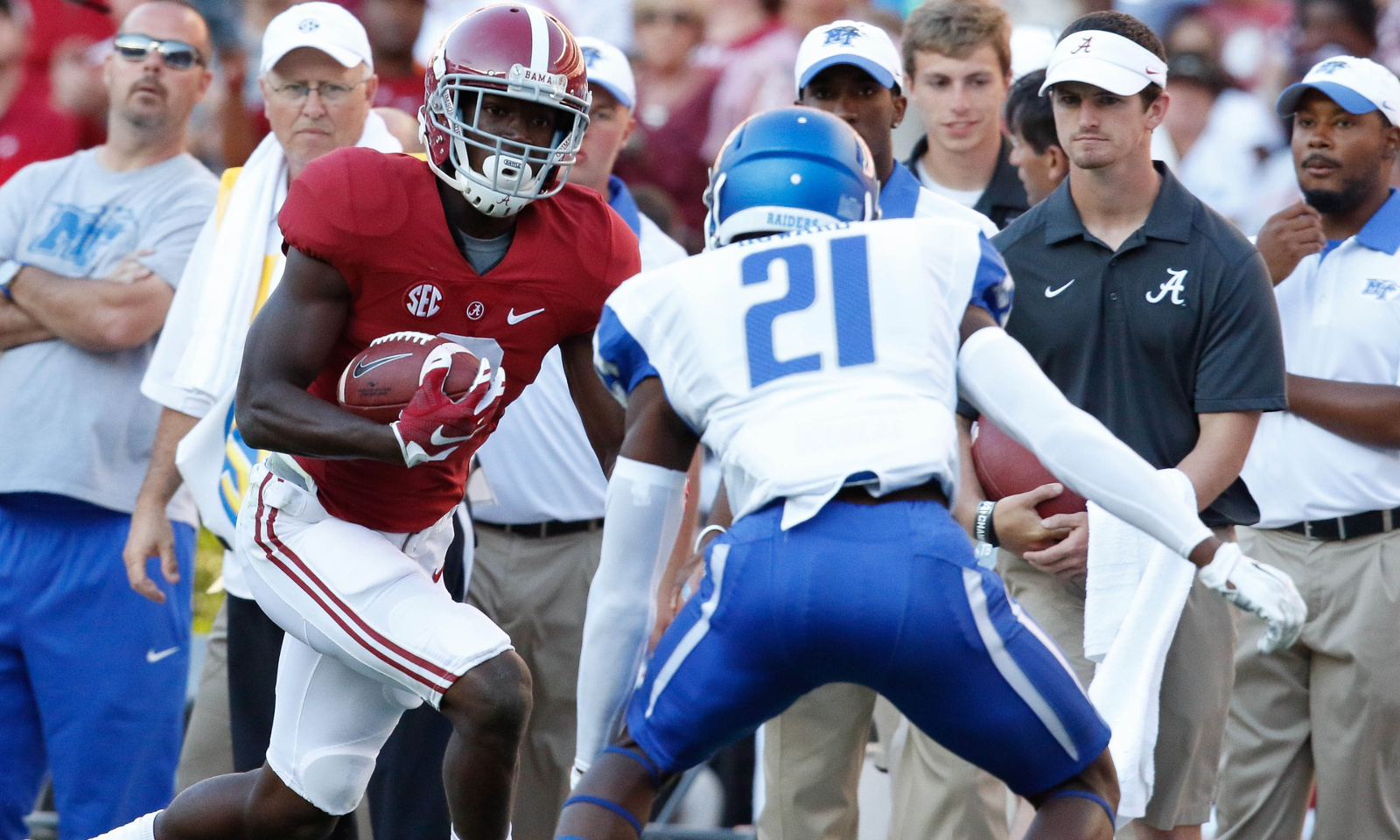 The first preseason All-American list for 2016 is here, and it comes from ESPN’s staff writer Mark Schlabach. He released the list on Thursday, detailing 26 of college football’s top athletes.

Fans of the Big Ten Conference will be elated as it had the most players on the list (eight), but the Southeastern Conference remains king in its return of the 2015 national champion—the Alabama Crimson Tide.

Calvin Ridley, Jonathan Allen and Reuben Foster are the trio of Alabama players that made Schlabach’s list. Allen and Foster both decided to return to Tuscaloosa for their senior years.

He brought in 89 receptions for 1,045 yards and seven touchdowns. The 6-foot, 188-pound wide out notched four 100-yard outings, including three against SEC competition (Georgia, Arkansas, Florida). He dominated Michigan State’s secondary in the Goodyear Cotton Bowl, totaling eight catches for 138 yards and two touchdowns in Alabama’s 38-0 win at AT&T Stadium.

Allen, a senior, led the team in both tackles for loss and sacks in 2015.

He was a monster in one-on-one battles up front, as he posted 14.5 tackles for loss and 12 sacks in 15 games. Allen recorded 36 total tackles, while adding six quarterback pressures, four pass breakups and two forced fumbles. He was regarded as late first-early second round draft value, prior to coming back to Alabama. Ten of Allen’s 12.5 sacks came against elite programs, with three of them happening in the postseason against Florida (SEC Championship game) and Michigan State.

Foster, a senior, finished second on the team in tackles a year ago.

He managed to stay healthy all of last season, and collected 73 tackles in 15 games. Foster tallied eight tackles for loss, a sack, nine pass breakups and three quarterback hurries. His gap instincts improved due to an increase in playing time, which allowed Foster to roam and make plays.