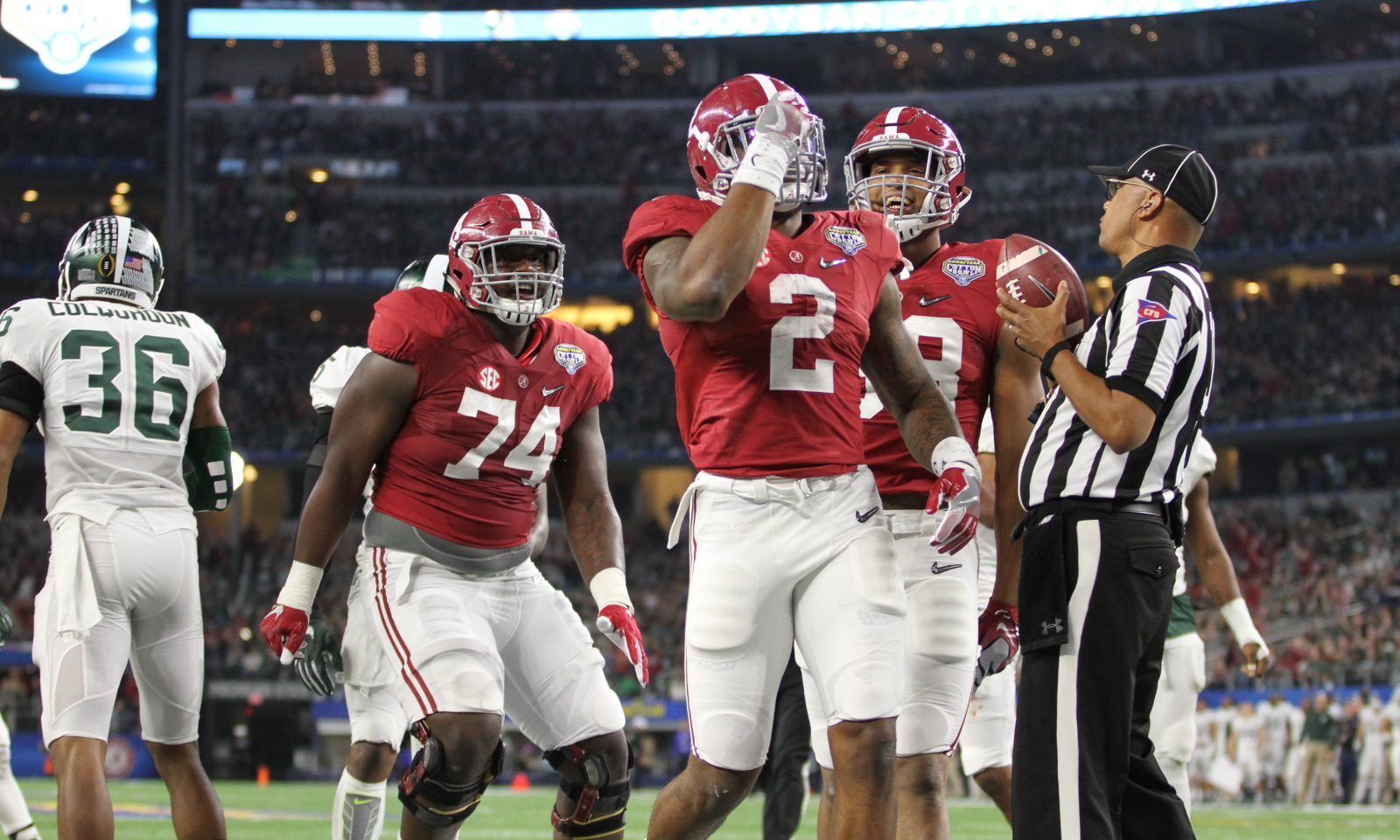 Crimson Tide fans, now is your time. The University of Alabama could be looking at bringing home three ESPY Awards next month. The awards show that honors individuals and teams that showcase in excellence in athletics each year has nominated the Alabama football in three categories: best college male athlete, best coach/manager and best team.

He’s now a member of the Tennessee Titans, but former Alabama running back Derrick Henry has been nominated for best college male athlete. He is joined by Buddy Hield (Oklahoma men’s basketball), Jordan Morris (Stanford soccer), Jarrion Lawson (Arkansas track and field) and Alex Dieringer (Oklahoma State wrestling). People knew that Henry was good, what they didn’t know was that he was 2,000 yards good. The 6-foot-3, 247-pound freight train became the first back in Southeastern Conference history to record 2,000 yards in a single season. Henry totaled 2,219 rushing yards and 28 touchdowns on 395 carries, en route to winning the 2015 Heisman Trophy.

After encountering a tough 43-37 loss to Ole Miss, the Crimson Tide would win its next nine regular-season games to clinch a spot in the SEC Championship Game. It would go on to defeat Florida 29-15, and return to the College Football Playoff for a second straight year.

Saban and company ended up defeating Michigan State 38-0 in the Cotton Bowl, forcing a winner take all national title game against No. 1-seed Clemson. A back and forth battle made the game interesting, nevertheless, Alabama pulled through with clutch plays to secure a 45-40 victory.

The 24th annual ESPY awards will be on July 13 at the Microsoft Theatre in Los Angeles.