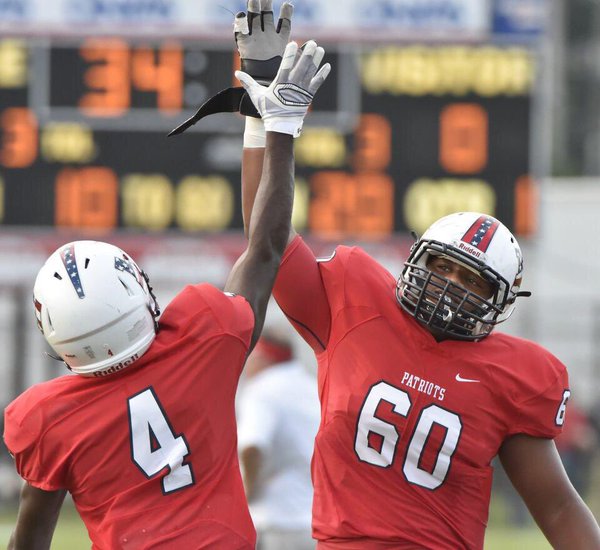 Kendall Randolph, one of the top offensive lineman in the country and No. 6 in the Touchdown Alabama In-State Top 25 has released his top five schools via his Twitter account.

In no particular order, Alabama, Tennessee, Auburn, Florida and Michigan made the top five for the Bob Jones product out of Madison, AL. This list comes after Randolph released his Top 7 schools just less than two weeks ago, but the last list included Mississippi State and LSU.

Alabama and Auburn have been in the hunt for the Tide legacy for some time now. He has been rated as one of the best players in the state for many years and is the younger brother of former Alabama basketball standout Levi Randolph so the in state schools making the exclusive list comes as no shock. The Volunteers are a school that has been on the rise for the four-star run-blocking extraordinaire along with Michigan. Wolverines head coach Jim Harbaugh has been recruiting the state of Alabama hard since his arrival in Ann Arbor, picking up Prattville running back Kingston Davis and his teammate, linebacker Dytarious Johnson in 2016 and adding J’Marrick Woods of Florence in the 2017 class. He has made Randolph a top target in Alabama. The Vols can say the same as Randolph really seemed to enjoy his last visit to Knoxville. Florida has always been around in Randolph’s recruitment and it does not surprise me that they made the list as well.

No exact timetable is set for Randolph’s decision so it will be interesting to see how it all plays out for the 6’5″, 290 pound prospect.

Justin  Wagner is the Lead Recruiting Analyst for Touchdown Alabama Magazine. You can follow him on Twitter at @jwag718.