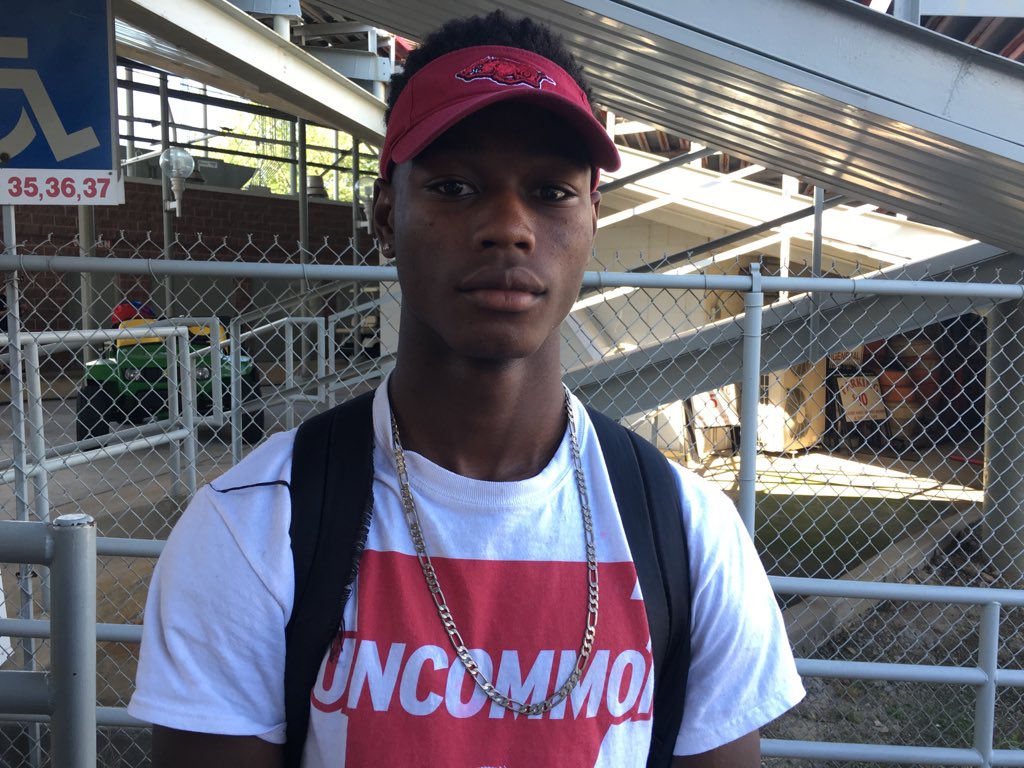 Montaric Brown has been one of Alabama’s top targets at the safety position since the decommitment of Xavier McKinney earlier this month.

Brown was a high target on each of these teams’ boards but none higher than Arkansas. He is ranked as the top player in the state of Arkansas and Bret Bielema knew this was one guy he could not miss out on after losing 4-star defensive lineman Akial Byers of Fayettville to Alabama after never offering the player ranked second in the state.

On Thursday night, Bielema can now take a sigh of relief as Brown shut down his recruitment and committed to the Razorbacks. He made the announcement via Twitter.

Being four hours away from his hometown of Ashdown, he will be able to play in front of his family throughout his college career and make an impact on a rising Arkansas program.