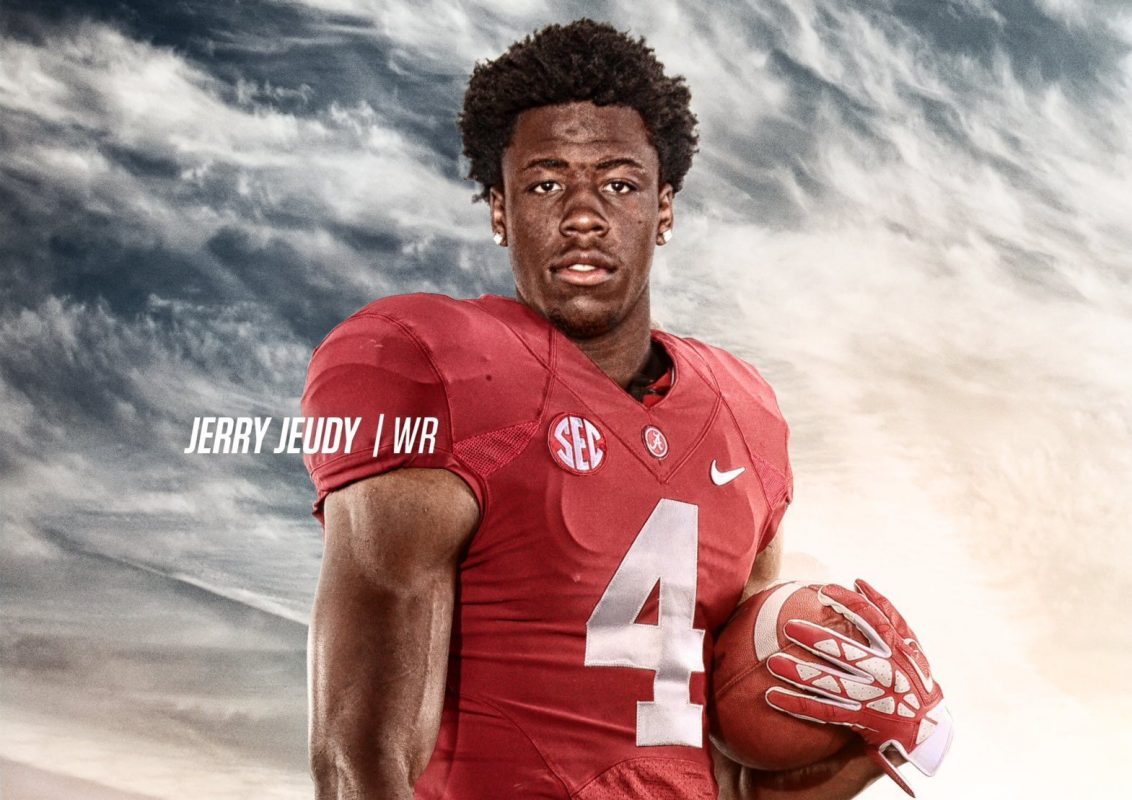 It was big night for the University of Alabama across the board. Between the fans, coaches, players and current commits, Jerry Jeudy had them waiting on the edge of their seats as he was announcing where he would be headed. As Jeudy ended up picking Alabama over Florida, Miami, Florida State and Tennessee, the entire nation took a huge sigh of relief and celebrated the commitment of the next big south Florida wide receiver heading up that pipeline to Tuscaloosa.

It was also a long night for Touchdown Alabama’s No.1 wide receiver as he was set to commit on The Tony Sands Show in Fort Lauderdale, FL, and the actual announcement didn’t come until 9:30-10:00 after someone leaked that Jeudy had committed to the Crimson Tide. Sources tell me that a family member leaked the information after hearing him commit on the phone to Nick Saban. After letting Twitter know he had not committed yet, he finally made the real decision. Here is a video of the commitment from Jeudy’s trainer, Zack Rehman.

Once that Alabama visor, which is very fitting as he will inevitably become the center of that Lane Kiffin offense in a few years, Crimson Tide nation sure reacted.

Been telling y'all @jerryjeudy was coming to Alabama .. BEST WR IN THE COUNTRY !!🐘🐘

THERE WE GO. It's the real #Booooommm this time #RollTide! FL✈️ AL #RTR

And of course nobody was more excited than the man of the hour himself.

Jerry Jeudy’s commitment is huge for the Crimson Tide especially now that they know he will be enrolling early in January and fans should be excited that he is getting that head start to join his good friend Calvin Ridley and soak in any knowledge he can from the All-American.  And one can only expect that Ridley is excited to have his guy coming to Tuscaloosa being able to represent their city together and continue that south Florida to Alabama pipeline.